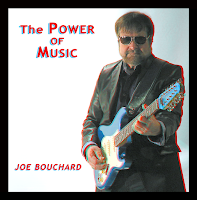 Former founding member of Blue Oyster Cult, Joe Bouchard will be releasing his new studio album "The Power Of Music" on April 29th. Joe performs all of the instruments on the album along with all of the lead vocals. Since his retirement from Blue Oyster Cult in 1986, Bouchard has become a composer, producer, teacher, author and engineer, even producing three solo albums.
The new nine-track release begins with the classic, power-chord hard rock of "Walk With The Devil" as Bouchard puts his guitar skills to the test. He ventures into pop/rock territory with "36 Strings" and was inspired to write the Halloween-like tale of "Is He The Wolfman," while performing on the Lynyrd Skynyrd cruise in 2012. He works up the rock ballad "Dusty Old Piano," before the steady rhythm of "Story Of The Blues Project" lifts your spirits. The album finishes with the synth-filled instrumental "Touring Age" and the classic, raw rock appeal of "Career Of Evil." To find out more about Joe Bouchard and his latest release "The Power Of Music," please visit joebouchard.com. 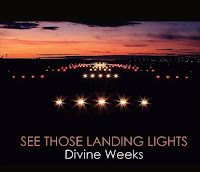 Independent LA rock band Divine Weeks recently released their latest album "See Those Landing Lights." They were considered one of the best unsigned bands of Los Angeles back in the late-eighties when they released their debut album "Through And Through." Their new release features ten songs combining elements of modern, alternative pop/rock with raw, garage-punk energy. Beginning with "Here's My Heart And Soul," Divine Weeks puts their finger on the pulse of classic rock music as the song's up-tempo vibe becomes very addictive. The wonderful songwriting of "Built My Life Around You" and "Someday (By & By)" should place them in elite company next to bands like Matchbox 20 and Goo Goo Dolls. The album finishes with two, 6-minute gems as Divine Weeks builds up the excitement of "Like The Last Night Of Out Lives" and U2-like feel of "Big Sky," highlighted by pulsating guitar licks. To find out more about Divine Weeks and their latest release "See Those Landing Lights," please visit their Facebook page at facebook.com/divineweekstheband.
Posted by JP's Music Blog