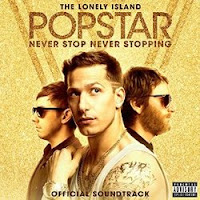 Former Saturday Night Live alum Andy Samberg is starring as the lead in his own movie titled "Popstar: Never Stop Never Stopping." It is a parody of a music documentary that follows his character, Conner4Real through the ups and downs of his short musical career. What is even more exciting than the movie, is the soundtrack, which features songs performed by The Lonely Island (Samberg's music group) along with fellow artists Adam Levine, Seal and Linkin Park to name a few.
The new 28-track release begins with Levine lending his iconic vocals to the addictive pop beats of "I'm So Humble" and P!nk joins in on the hip-hop lyrics of "Equal Rights" as The Lonely Island spew out enough lyrics to fill every second of the song with words. Most of the music on this soundtrack are comedic pop songs that look to smash all of the barriers between right and wrong as in "Bin Laden" and "Ibitha." Nu-metal band Linkin Park turn "Things In My Jeep" into a fun rock song that becomes very addictive. Seal tries to give the soundtrack some substance with the ballad "Ashley Wednesday," but that quickly gets swept away by unimpressive songs like "Donkey Roll" and "Me Likey Dat." The Lonely Island will look to continue their comedic success with the release of "Popstar: Never Stop Never Stopping." To find out more about about this album, please visit popstarmovie.com. 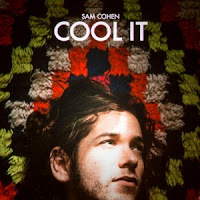 American singer/songwriter/musician/producer Sam Cohen recently released his debut solo album "Cool It" through fellow producer Dance Mouse's own 30th Century Records label. Cohen recently wrapped up a tour with White Denim, he also produced Kevin Morby's critically-acclaimed album "Singing Saw" and performed on the Grateful Dead tribute album "Day Of The Dead." After all this, he still found time to put together ten songs, beginning with the album's lead single "Let The Mountain Come To You," which has a modern alternative, swirling psychedelic feel. His amazing songwriting shines in the electronic folk/rock delivery of "Pretty Lights" and the quiet soulfulness of "Unconditional Love." The starkness of "Don't Shoot The Messenger" is a great balance to the layered, over-polished sound of "Last Dream." The album finishes with the experimental sounds of "Midnight Conqueror" and the slow-moving blues of "El Dorado." To find out more about Sam Cohen and his latest release "Cool It," please visit his Facebook page at facebook.com/samcohenmusic.
Posted by JP's Music Blog