CD Review: Foghat Are "Under The Influence Of Their New Album & The Temperance Movement Poke The "White Bear" 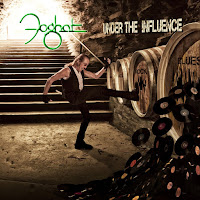 The English rock band, Foghat are best known for their high-powered seventies rockers "Slow Ride" and "Fool For The City." Their career has lasted over 45 years and they are celebrating the 40th anniversary of their hit single, "Slow Ride" with their latest album "Under The Influence." It features a mix of new and cover songs and will be released on June 24th. The current line-up of the band has been together now over a decade and they appear to be as strong as ever, still delivering classic hard rock grooves with a big bang sound.
The new twelve-song release begins with guitars blazing on the title song "Under The Influence" and the stomping rhythm of "Ghost." Foghat get a little bluesy with the classic rockabilly feel of "She's Got A Ring In His Nose" and inject a shot of adrenaline into Marvin Gaye's "I Heard It Through The Grapevine." They push the pedal to the medal for the up-beat driving tunes "Made Up My Mind" and "Hot Mama," which brings back that classic Foghat sound from the seventies. The album closes with a remake of the their biggest hit, "Slow Ride" featuring original bassist Nick Jameson. Foghat are currently on tour in the U.S. To find out more about their latest release "Under The Influence," please visit foghat.net. 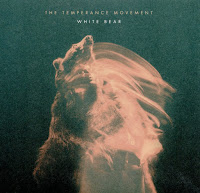 From the U.K. comes the sophomore album titled "White Bear" from rockers The Temperance Movement. They have been chosen on a couple different occasions to open for The Rolling Stones and their break-through single "Take It Back" cracked the top 10 on the Billboard Mainstream Rock singles chart last spring.
Their new release features a dozen tracks of raw energy poured into each song, beginning with the grunge/punk-like romp of "Three Bulleits." They work "Get Yourself Free" into a classic hard rock groove as this band sounds experienced well beyond their years. The Temperance Movement turn the energy up a notch with the pounding rhythm of "Modern Massacre" as Phil Campbell's vocals become the icing on the cake. Their sound takes a southern turn with the title-song "White Bear," before adding a bit of funk into the hard rock mix of "Oh Lorraine." They let up on the attack with the rock ballad "I Hope I'm Not Losing My Mind" and then close the album with the laid-back, country/rock vibe of "Time Won't Leave." To find out more about The Temperance Movement and their latest release "White Bear," pleas visit thetemperancemovement.com.
Posted by JP's Music Blog