CD Review: Paul Simon Reinvents Himself With New Album And Michael Franti Throws It All Together In "Soulrocker" 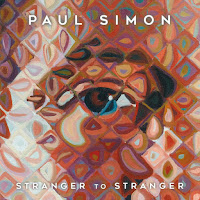 One of America's premier singer/songwriters, Paul Simon, just released his 12th studio album title "Stranger To Stranger" through the Concord Music Group. The hall of fame artist took a different approach to this album, introducing ProTools into the mix and working with Italian electronic artist Clap! Clap! as well as long-time friend Roy Halee in order to re-invent his sound.

The new eleven-song release, begins with the rhythmic island flair of "The Werewolf," which brings up memories of his platinum-selling album "Graceland." His lyrics roll so naturally from his lips that you need listen intently to capture every feeling he portrays in his storied words. His sound gets jazzy on the layered sounds of "Wristband," then Simon brings on the big beats of "Street Angel," while rhyming like a hip-hop artist. He leads the way "In A Parade" with his worldly rhythms and floats along with the inspirational atmospheric sounds of "Proof Of Love." The album finishes with the reggae-infused "Cool Papa Bell" and the gentle, quiet acoustics of "Insomniac's Lullaby." Paul Simon began his extensive U.S. tour yesterday. For a complete list of live dates and to find out more about his new album "Stranger To Stranger," please visit paulsimon.com. 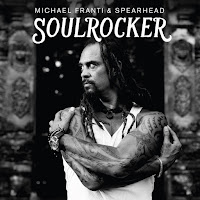 American singer/songwriter Michael Franti has slowly built his musical career doing things his way. His band, Spearhead has followed his every lead faithfully, whether it was rock, hip-hop, reggae or pop, they created the perfect backdrop for his lyrics. Franti latest album titled "Soulrocker" incorporates all of influences into this new release.

Beginning with "Crazy For You," Michael Franti and Spearhead are not ones to waste a drop of energy as each track will get you on your feet moving to rhythm. They hit the clubs with the dance beats of "My Lord" and "Get Me To Saturday," then take you to the beach for the fun, sing-along "Summertime Is In Out Hands." Franti and Spearhead get serious on the spoken-word lyrics of "Good To Be Alive Today" as Franti's words are meant to inspire all of us to make this world a better place. The most addictive song on the album is the Jimmy Buffet-infused, island-vibe of "My Favorite Wine Is Tequila," which will have you singing along to the chorus in no time. The new thirteen-song release closes with the bright, folk-rock of " I Got Love For You" and the smooth, reggae/soul vibe of "Love Will Find A Way." Michael Franti and Spearhead just hit the road for a three-month summer tour of the U.S. For a complete list of live dates and for more information on his new album "Soulrocker," please visit michaelfranti.com.
Posted by JP's Music Blog