CD Review: Taking Back Sunday Arrive With A "Tidal Wave," Gang Of Four Live "In The Moment" & Delerium Discover "Mythologie" 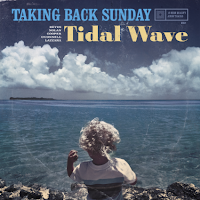 On September 16th comes the latest release from the Long Island, NY rock band Taking Back Sunday. Since the release of their debut album in 2002, the band has become a mainstay on the album charts and they are looking to recapture that gold release status with their new album "Tidal Wave." The new twelve-song release begins with the punk-like eruption of "Death Wolf" and the quick-pace of the raw rocker "Tidal Wave." The anthem of "You Can't Look Back" and the powerful pop/rock appeal of "All Excess" show that Taking Back Sunday are ready to "take back" the charts. After the melodic tone of "I Felt It Too," they pick the tempo back up with the punk-like energy of "Call Come Running," before finishing with the thunderous beats and acoustic strumming of "Homecoming" and the steady build-up of "I'll Find A Way To Make It What You Want." Taking Back Sunday are currently on the road with dates running into December. For a complete list of live shows and to find out more about their new album Tidal Wave," please visit takingbacksunday.com. 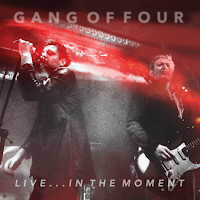 English post-punk band Gang Of Four have always been a great live show, since bursting onto the music scene in the late-seventies. Their most recent release titled "Live...In The Moment," captures their performance at London's Islington Assembly Hall from a show last year, following the release of their most recent studio album "What Happens Next." It will be the band's first live album in over 30 years and features and entirely new line-up, except for Gang Of Four's original member Andy Gill.
The new fourteen-song release begins just like their most recent studio album with the electronic, keyboard-driven rock of "Where The Nightingale Sings." They go back to their debut album for "Not Great Men" and dig deep for the guitar buzz of 1995's "I Parade Myself." They deliver some of their early eighties dance singles with "What We All Want" and "To Hell With Poverty," but not before the feedback-fueled, grunge-feel of "Love Like Anthrax." They return to their newest studio release for "Stranded" and "Isle Of Dogs" as both songs fit perfectly into their live set. The new album closes with the high-energy of "Why Theory" and the punk-like delivery of 1979's "I Found That Essence Rare." Gang Of Four are currently on the road in Europe and they will be hitting the States in October. For a complete list of shows and to find out more about their new live album, "Live...In The Moment," please visit gangoffour.co.uk. 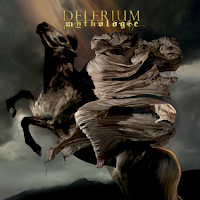 Canadian electronic band, Delerium will be releasing their 15th studio album titled "Mythologie" on September 26th through Metropolis Records. The new twelve-track album features a load of guest artists including Mimi Page, Phildel, JES and Leah Randi. Beginning with "Blue Fires," the combination of the gentle electronic sounds and the soft, angelic vocals of Mimi Page have the perfect tone to relax and let your mind enjoy the music. The smokey, sultry feel of "Zero" and the R&B/Pop delivery of "Keep On Dreaming" continue the perfect relaxed tone of the album. They pick the tempo up slightly for the dance beats of "Stay" and the sonic landscape of "Angels," before displaying their talents on the instrumental "Seven Gates Of Thebes." The album finishes with the addictive beats of "Ghost Requiem," featuring the stellar vocals of Geri Soriano-Lightwood and the atmospheric soundscapes of "Dark Visions" To find out more about Deletrium and their latest release "Mythologie," please visit their Facebook page at facebook.com/Delerium.
Posted by JP's Music Blog