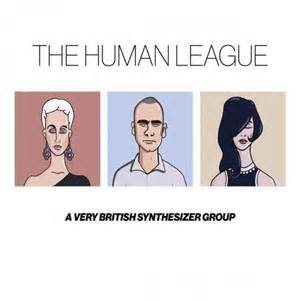 The English New Wave band The Human League formed almost 40 years ago in Sheffield. They released their first album "Reproduction" in 1979 and captured the U.S. with their hit singles "Don't You Want Me" and "Human." To celebrate the band's success, Universal Music recently released a 2CD anthology of the band titled "A Very British Synthesizer Group." It contains 30 of the group's songs from throughout their career, including 7 previously unreleased DJ mixes.

The tracks on this new release are laid out in chronological order, beginning with the electronic beats of "Being Boiled (Fast Version)" and the keyboard-led instrumental "The Dignity Of Labour (Part 3)." The Human League's first single to chart in the U.K. was the addictive rhythm of "Empire State Human," before breaking into the U.K. top ten with the dance beats of "Love Action (I Believe In Love)."

The average listener will enjoy hearing their nostalgic hit singles "Don't You Want Me" and "(Keep Feeling) Fascination," while long-time fans will be happy with the inclusion of the rare seven-inch single version of "The Lebanon" and the unreleased DJ edit of "Louise." English musician William Orbit remixes Human League's 1990 hit single "Heart Like A Wheel" and the compilation wraps up with the radio edits of their more recent electronic singles "Night People" and "Sky." To find out more about The Human League's newly released anthology, "A Very British Synthesizer Group," please visit thehumanleague.co.uk.
Posted by JP's Music Blog