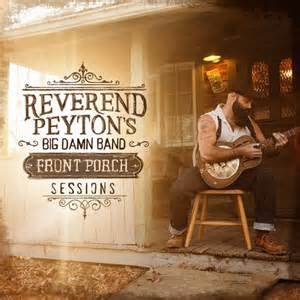 From Indiana comes "The Front Porch Sessions," from singer/songwriter/guitarist Reverend Peyton and his Big Damn Band. The iconic thing is his Big Damn Band includes only two members, his wife Breezy and good friend Maxwell Senteney. The music this trio create has a timeless quality that brings up memories of blues artists of the past like Charlie Patton and Blind Willie Johnson.

The new 11-song release begins with the blues slide guitar of "We Deserve A Happy Ending" as the chorus gets repeated over and over again. Reverend Peyton opens up his vocals on the wonderful blues cover of "When My Baby Left Me," originally recorded by Walter Furry Lewis. The acoustic swing of "What You Did To The Boy Ain't Right" and the stomp/clap rhythm of "It's All Night Long" picks up the energy as Reverend Peyton shows off his skills on the guitar. The beautiful  storied lyrics of the folk/blues "One More Thing" fully displays the emotion of their performance. The album finishes with the up-beat instrumental "Flying Squirrels" and the swift-pace of "Cornbread And Butterbeans." Reverend Peyton's Big Damn Band are heading out on tour at the end of February. Look for their new album "The Front Porch Sessions" to be released on March 10th. To find out more, please visit bigdamnband.com. 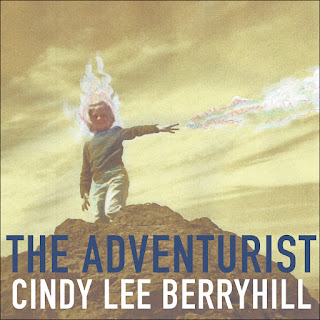 Californian singer/songwriter Cindy Lee Berryhill is preparing to release her first new album in almost a decade on March 10th. The new release titled "The Adventurist" is dedicated to her late-husband, music journalist Paul Williams and was recorded over the course of the last five years. The album was funded by a Kickstater campaign and features members of Brian Wilson's band. The new 14-song album begins with the climbing rhythm of "American Cinematography," which carries a very nostalgic folk/rock sound. Cindy opens up about her emotions in "Somebody's Angel" and allows the music to flow through the storied lyrics of "The Adventurist." She harmonizes beautifully among the subtle strings of "Thanks Again," before mixing tempos during "The Heavy." She finishes with the timeless sound of "Gravity Falls," the gentle, acoustics of "An Affair Of The Heart" and the instrumental "Deep Sea Dishing" as Cindy plays alongside the rhythm of a dishwasher. To find out more about Cindy Lee Berryhill and her latest release "The Adventurist," please visit cindyleeberryhill.com.
Posted by JP's Music Blog