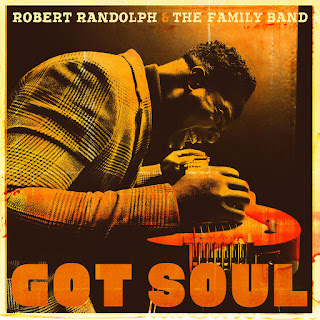 The new album features a dozen tracks that will have you become a fan after only one listen. Beginning with the southern romp of the title-song, Randolph's guitar shreds through this gospel-like rock number. The sound of "She Got Soul," has a nostalgic feel as Anthony Hamilton lends his vocals to this quick-paced song. Darius Rucker sings and Robert Randolph shreds throughout the soulful, countrified-blues of "Love Do What It Do," while Cory Henry (Snarky Puppy) lends a hand on the re-imaged cover of Sam & Dave's "I Thank You." Randolph lightens the mood with the  two-minute instrumental "Heaven's Calling," before closing out his new album with the electrifying rock riffs of "I Want It" and the feel-good funk/R&B groove of "Gonna Be Alright." Robert Randolph & the Family Band are hitting the road in early March for a U.S. tour that runs into the beginning of April. For a complete list of dates and to find out more about their new album "Go Soul," please visit robertrandolph.net. 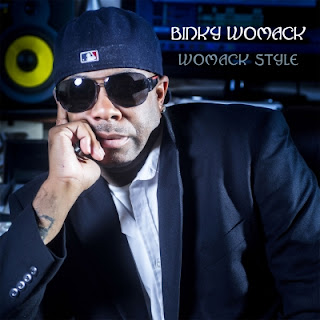 From Burbank, CA comes the latest release from singer/songwriter/producer Binky Womack, nephew of the legendary Bobby Womack. Binky's new album titled "Womack Style" was released through the U.K. label, Gonzo Multimedia. His new twelve-song release begins with the bright, up-tempo soul/pop beats of "Sunday Morning." Binky gets his R&B groove moving on "Just Enough," then pays tribute to the great Sam Cooke with the smooth vocals of "Nobody Loves Me Like You." Snoop Dogg lends a hand with the background vocals of "Love Addict" as Binky finds the perfect setting for his funky R&B style. Then he steps out into a new light with the up-tempo rock number "When You're Wrong," before reworking John Mayer's "Gravity" into a great soulful blues number. He finishes up with a modernized version of the classic Bobby Womack tune "I'm In Love" and then plugs in for the electrifying rock of "Put Something Down On It" as Binky showcases his skills on the guitar. To find out more about Binky Womack and his latest release "Womack Style," please visit binkywomackla.com.
Posted by JP's Music Blog