CD Review: St. Patrick's Day Gets A Boost From The Tossers While We Ride Deliver Victory Records Debut 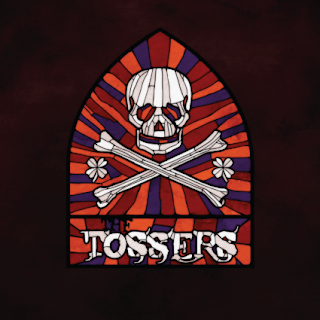 The punk band, The Tossers have become the elder statesmen of the genre, having been performing for over 24 years. Their Celtic/punk style have placed them on the same line as Dropkick Murphys and Flogging Molly. The Tossers have recently released their new album titled "Smash The Windows," just in time for St. Patrick's Day. It is the band's sixth release through Victory Records.

The new 17-track release begins with the quick-paced swing of "Erin Go Bragh" as they get the energy flowing. The Tossers know how to get you involved with their music by singing along to the simple, fun, exciting chorus of "Smash The Widows" and clap your hands or stomp your feet to the energetic rhythm of "Drinking All The Day." They slow the tempo down for the serious tale of "Resurrection Mary" and the traditional Irish hymn "Danny Boy." They pick the energy back up with the quick pace of "Whiskey," before slowing down once again for the wonderful harmonies of "My Love." The album continues with the instrumental "Lots Of Drops Of Brandy," which will make you feel like your are in a pub in Ireland drinking a pint of your favorite beer. They finish with the short sing-along "Fare You Well" and the dark story of "The Foggy Dew." The Tossers have one show line-up for St. Patrick's Day in Chicago, but they will provide the perfect soundtrack for the one day that everyone is Irish. To find out more about their new album "Smash The Windows," please visit thetossers.com. 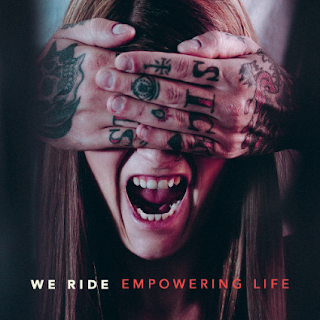 Also arriving from Victory Records on April 14th is the label debut of We Ride's new album titled "Empowering Life." This hardcore punk band started out on the streets of Spain in 2009, before catching worldwide notice with their 2012 release "On The Edge." Their new 10-song release begins with the Rage Against The Machine-type attack of "Voices."  The screaming vocals of "Self-Made" and the chanting chorus "What You Are," match the frenzied musical attack supplied by the band. They take their energy up a notch with the intense delivery of "Do It All Again," before the chugging guitar rhythm of "Summer" will have you banging your head along to We Ride's hardcore sound. The album finishes with the thrash metal appeal of "Endless Hopes" and high-powered, high-energy closer "Hands Off." To find out more about We Ride and their latest release "Empowering Life," please visit their Facebook page at facebook.com/werideband.
Posted by JP's Music Blog