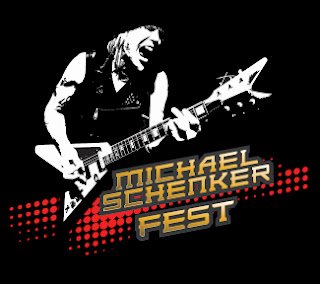 World-Renown guitarist Michal Schenker released one of his most famous live solo albums "Live At The Budokan" in 1982. He decided that Tokyo, Japan would be the perfect place to film his latest live album titled "Michael Schenker Fest Live." This time Schenker would invite his past singers from throughout the Michael Schenker Group (MSG) to lend a hand at this show, which took place August 24, 2016.

Michael Schenker is best known as helping define the iconic guitar sound of The Scorpions and bringing the British rock band U.F.O. from out of the shadows and turning them into one of the biggest hard rock bands of 70s. Throughout the 80s and 90s, Michael Schenker has maintained a steady solo career, creating the Michael Schenker Group and Michael Schenker's Temple Of Rock and has since become known as one of the greatest guitarists of our generation. His new live video and album with be released on March 24th through Inakustik in many different formats including Blu-ray, DVD, CD, vinyl and digital. The video was filmed in high quality and tries to capture every highlight of the night from every angle. At times, you'll feel as if you are backstage watching from behind the drumkit and the next minute you will be in the front row, drooling over Schenker's amazing solos.

The night begins with the instrumental, "Into The Arena" as the members of the Michael Schenker Group were on hand to back Schenker for the first time in almost a decade. Lead singer Gary Barden gets the crowd going with the MSG originals "Attack Of The Mad Axeman" and "Victims Of Illusion." After his short five-song set, Barden finishes with "Armed And Ready," before exiting to a roaring applause. Michael Schenker and the band lock into the instrumental "Coast To Coast," before Graham Bonnet dives into three songs from the 1982 "Assault Attack" album. The final special guest singer of the night was Robin McAuley who joined forces with Michael Schenker in the late 80's to form the McAuley-Schenker Group. McAuley also joined Michael Schenker on his "Temple Of Rock" tours, this night he would dive back in time, performing "This Is My Heart," "Save Yourself" and "Love Is Not A Game." Both McAuley and Schenker performed with smiles on their faces as the night closes with a trio of songs from U.F.O., beginning with "Shoot Shoot,. It seemed everyone was enjoying themselves rocking out to the classic U.F.O. tunes "Rock Bottom" and "Doctor Doctor," which featured all of the special guest lead vocalists performing together on this closing number.

The 2CD set features the entire 18-song set list and the Blu-ray/DVD also features a bonus slideshow of pictures and a special 12-minute invite to soundcheck. Michael Schenker has only a couple of festival dates line-up at the moment. To find out more about his new live release "Michael Schenker Fest Live," please visit michaelschenkerhimself.com.
Posted by JP's Music Blog