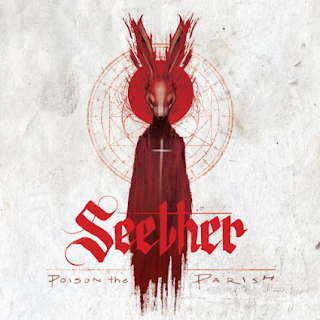 Hard rock trio Seether are returning May 12th with a brand new studio album titled "Poison The Parish." The album looks to continue their rise to stardom that began back in 2000. The album was produced by singer/guitarist Shaun Morgan as he helps Seether sound bigger and grittier on this new release.

Beginning with the extreme ferocity of "Stoke The Fire," the band comes blasting out of the gate with one of their heaviest tracks. They deliver a more mainstream sound on "Betray And Degrade" with the rhythm section of Dale Stewart and John Humphrey locked in. The power that this trio create with their music is felt in the aggressive tones of "Let You Down" and "Saviours" as Seether look to capture the hard rock crown. The screams of "Nothing Left" showcase the passion and strength in Morgan's vocals, before delivering the epic sound of "Emotionless." Their new 15-track release wraps up with the slower pace of "Feels Like Dying" and the dark, grunge-like delivery of "Take A Minute." For a complete list of live dates and to find out more about their new album "Poison The Parish," please visit seether.com. 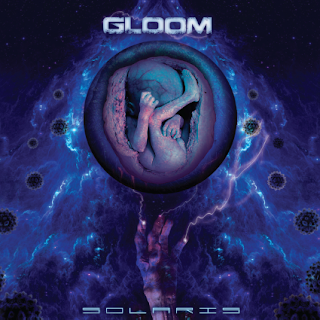 Arriving June 2nd is the full-length debut album from the heavy metal quartet Gloom. The new album titled "Solaris" will be released through eOne Music and features the band's iconic, death metal sound as they bring together their influence of Norwegian death metal and combine it with the technical musicianship of Tool. Their new 10-song release comes blasting through your speakers right from the beginning with the growls of "Fallen" and the screams of "Perseus" as the music is an instant shot of adrenaline. The beats are swift on the powerful delivery of "Coronation" as the guitars come out blazing with classic thrash metal riffs on "Naught." The album wraps up with the dark tones of "Appetence Hominae" and an aggressive cover of Alice In Chains' "Them Bones." To find out more about Gloom and their new release "Solaris," please visit gloomdc.com
Posted by JP's Music Blog