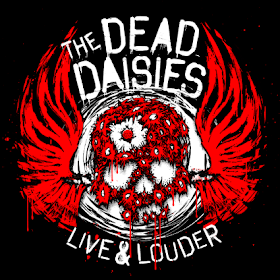 Rock supergroup, The Dead Daisies are preparing to release their first live album titled "Live & Louder" on May 19th. It will available on double-vinyl and as a CD/DVD set. They recently opened for KISS and have made their mark at the world-famous Loud Park Festival in Japan. For those who may not know, the band is made up of Brian Tichy (Ozzy), David Lowy (Red Phoenix), John Corabi (Motley Crue), Doug Aldrich (Whitesnake) and Marco Mendoza (Thin Lizzy).

Their new 16-song release begins the same way their last studio album did, with the intense rocker "Long Way To Go." They continue with more new music like the exciting, guitar driven "Song And A Prayer," their cover of Creedence Clearwater Revival's "Fortunate Son" and the aggressive hard rocking "We All Fall Down." The southern rock flavor of "Something I Said," leads the way into Doug Aldrich's blasting guitar solo at the beginning of "Last Time I Saw The Sun." The Dead Daisies get the U.K. crowd involved with a sing-along of The Who's "Join Together," before revving up the tempo with "Mainline" and The Beatles' "Helter Skelter," which also includes a tease of Led Zeppelin and Jimi Hendrix. The new album finishes with a couple more covers of "American Band" and "Midnight Moses." The Dead Daisies will be hitting Europe this summer for a string of shows. For a complete list of live dates and to find out more about their latest release "Live & Louder," please visit thedeaddaisies.com. 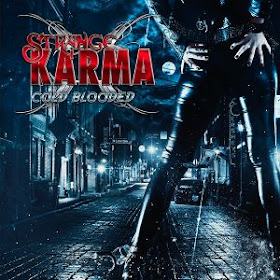 Australian rockers, Strange Karma are returning with a brand new, vinyl-only release of their new album "Cold Blooded." It currently is only available through the band's website (strangekarma.net) and it features 10-tracks of "back-to-basics" hard rock music. Beginning with "Freedom," the song carries a raw, Rolling Stones' bluesy vibe, while the energy comes roaring back on the album first single, "Devil From The Moon" (video: youtube.com). They continue to blaze a trail back to the heyday of guitar-driven rock with the powerful attack of "Realize," before slowing down for the power ballad "I Believe (London Town)."

The flip side of the album begins with the burning guitar solos of "Heartbeat" as lead singer Martin Strange mimics his vocals to brother Paul's guitar riffs. Strange Karma continues to deliver the rock energy of "Should've Seen It Coming," before closing with the nostalgic, mainstream appeal of "Hey Man" and the 8-minute adventure of "Dreams" as Strange Karma step outside the box on this rock opera. To find out more about Strange Karma and their new vinyl-only album "Cold Blooded," please visit strangekarma.net.
JP's Music Blog