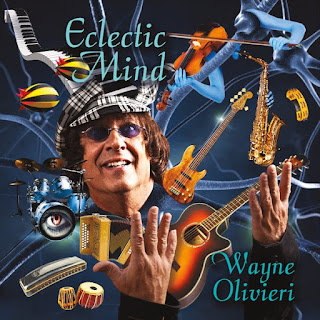 Singer/songwriter Wayne Olivieri has had a steady career in music. He formed his first band at age 17, performed steadily at CBGB's and Max's Kansas City and hopped on stage with bands like The Ramones, Talking Heads and Blondie. His band, The Rockids, became one of the biggest draws along the east coast, before he went on to form Oliver's Twist. Now, it's time for Wayne Olivieri to release his debut solo album titled "Eclectic Mind."
His new release features 13-tracks, beginning with swinging rock of "She's My Girl" as Wayne's vocals lay down the perfect setting for this fun, up-beat song. The pounding rhythm of "Music Man" and the quick pace of "Glory" bookends the emotional ballads "So Bad To You" and "Never Made A Stand." The classic days of CBGB's is heard through the punk-like sing-along of "You Gotta Work," before Wayne pours his experiences into the inspirational piece "This Is How It's Supposed To Be." The album wraps up with the waltz of "Then We Danced" and the power rock ballad "In The Heart Of A Man." To find out more about Wayne Olivieri and his latest release "Eclectic Mind," please visit wayneolivieri.hearnow.com. 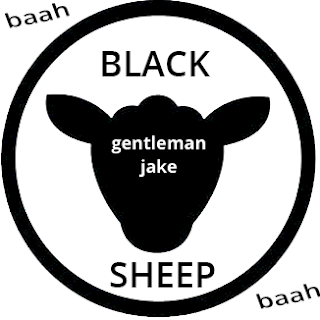 Gentleman Jake may be the "black sheep" of the musical community as he has been a part of local musical communities in Los Angeles, San Francisco, New York, New Orleans, Miami, London, Paris and many more. While he has also been a part of major labels, he seemed better off as an independent artists, which allows him to be his own person. Gentleman Jack recently released his latest album titled "Black Sheep," which best describes the type of music found on this release. His new 12-track album begins with the steady flow of "Runaround," which is highlighted by a set horns as Jake's sing-along lyrics will be embedded into your memory as in "Vacation." He talks through the lyrics of "The Fossil Blues," before rocking out to the steady guitar riff of "Bicycle Thief." He takes a page out of David Bowie's songbook with the bass groove of "I Kiss You Everywhere" and experiments with the beats of "Rock The Box." The album closes with the raw, grunge-like appeal of "Jersey Job." To find out more about Gentleman Jake and his new album "The Black Sheep," please visit his Facebook page at facebook.com/BLACK-SHEEP. 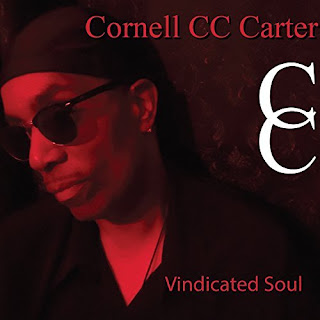 Musical artist Cornell "CC" Carter has been entertaining fans for years. He released his first album, "Let's Go Back" in 1996 and has performed with the greats like James Brown, Ray Charles and worked with Carlos Santana on his most recent album "Santana IV." CC's latest album, "Vindicated Soul" is a tribute to great artists of Soul music. He begins with the Shaft-like "Intro," before finding his groove on the smooth delivery of Marvin Gaye's "All The Way Around." The R&B flavor of "I Choose You" represents the 1973 movie "The Mack," which also inspired CC at a young age. CC's vocals fit perfectly into soulful funk of "Next To You," before finishing his new release with the wonderful, gospel-like soul of Al Green's "Look What You've Done For Me." To find out more about Cornell "CC" Carter and his latest release "Vindicated Soul," please visit his Facebook page at facebook.com/Cornell-CC-Carter.
Posted by JP's Music Blog