CD Review: Omnivore Recordings Collects The Best Of The Sneetches For New "Retrospective" 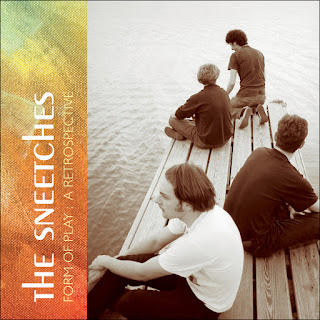 West coast, alternative-pop band The Sneetches were a touring force from 1985 to 1994, but their concert attendance did not equal album sales, so they disbanded following the release of their 1994 album "Blow Out The Sun." While they may have been an underground sensation, Omnivore Recordings collected the best songs from The Sneetches for their first ever career compilation titled "Form Of Play: A Retrospective."

The new 22-song release goes through the band's history in 17 tracks with 5 previously unreleased bonus tracks. The band was less about the new wave pop scene taking over mainstream 80's radio and felt their music needed texture and layers as demonstrated on the opener "Over Round Each Other." Their music was fun, up-beat and very contagious as displayed in "...And I'm Thinking" and "What's In Your Mind." This release includes 3 live songs to demonstrate the band's wonderful timing and harmonizing while performing on stage. When they slowed the tempo down as in "Behind The Shadow" and "A Good Thing," you appreciate the talent of their songwriting that perfectly captures the mood of lyrics. The compilation closes with the rare home demo of "How Does It Feel" and displays the way their voices mesh perfectly.

This new release includes brand new liner notes by Grammy-nominated producer and band member Alec Palao, as well as unpublished photos of the band. To find out more about this new compilation from The Sneetches, please visit omnivorerecordings.com.
Posted by JP's Music Blog

I have everything by the Sneetches, but still bought this wonderful collection -- for the 5 new trax, the great booklet of liners and photos, and Alec Paolo's fine remastering and re-sequencing, which really lends a fresh, new feel to everything! A couple of my fave tunes are missing, but that's ok -- I luv everything here! The quality of the live trax is so fine, in fact, that I can only hope that Omnivore and the band follow up with a full-length live record at some point. And if the band will but play just one more reunion show -- (and if it's not in July, when I'm in Ireland) -- then I WILL come this time! LUV LUV LUV THE SNEETCHES!!!!!