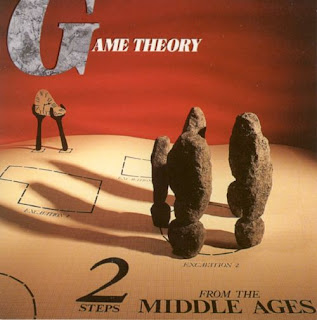 Omnivore Recordings has done an outstanding job re-issuing the back catalog from California rockers Game Theory. On June 9th, Game Theory's final album "2 Steps From The Middle Ages" will be released as an expanded 24-track disc. The band took a more straight-forward rock approach to this album, garnishing positive reviews, but low album sales. Game Theory suffered the fate of their record label going out of business shortly thereafter the release of this album.

This new version of the album gets almost doubled in size, thanks to 11-bonus tracks that have been hiding in the vault. The bonus tracks mix together live versions of Game Theory's older songs like "The Waist And The Knees" and "Sleeping through Heaven" with demos of songs that appear on the original album. The demo version of "Amelia, Have You Lost" sounds very close to the final version, while the demo version of "Rolling With The Moody Girls" showcases how the song has grown from its demo version into the up-tempo released version. The highlight of the bonus tracks is Scott Miller's acoustic version of Simon & Garfunkel's song, "America." To find out more about Game Theory's new version of "2 Steps From The Middle Ages," please visit omnivorerecordings.com. 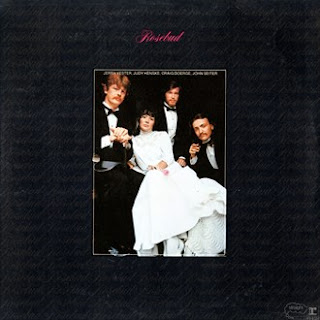 In 1971, a band consisting of singers and songwriters got together and made an album under the name Rosebud. The self-titled album has become a cult classic and has found a following in the underground music market. The album was released on CD in 2004 and on June 16th, Omnivore Recordings will feature the expanded re-issue of the album "Rosebud."

The original 10-song album gets doubled in size thanks to 10 bonus tracks (7 previously unreleased). The album contains many different styles, including the soft rock of "Panama," the gospel sound of "Reno" and the folk appeal of "Western Wisconsin." The difference in music genres is due to the democracy of the band with five different singer/songwriters, each getting equal time on the album.

The bonus tracks feature songs that were recorded for the album, but left off. Like the spirited mid-tempo rock of "Mercury Of Fools" and the piano blues of "Father Of Souls," both would have fit perfectly among the other tracks on the album. It's also nice to have the demos of the unreleased songs like "Hey Old Friend," which includes a version with Jerry Yester on lead vocals and a version with Judy Henske on vocals as you notice the difference in how the song is presented. To find out more about this new expanded reissue of "Rosebud," please visit omnivorerecordings.com.
Posted by JP's Music Blog