CD Review: New Heavy Metal Music From eOne Artists MyChildren MyBride, Through The Eyes Of The Dead & No Warning 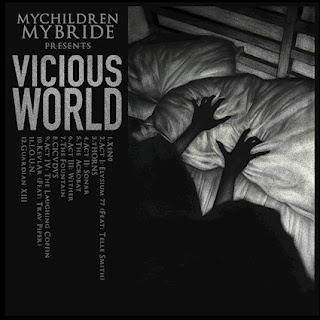 eOne Music is preparing to roll out three new releases on Friday, October 13th from heavy metal newcomers MyChildren MyBride, Through The Eyes Of The Dead and No Warning. MyChildren MyBride features the core duo of Matthew Hasting and Robert Bloomfield and they are preparing to release their eOne Music/Good Fight Music debut, "Vicious World." The new 12-song release begins with the extreme/hardcore metal screams of "XeN0" as the music settles into a grinding metal groove. The album is also broken up into different acts, with the first one "Act 1, Elysium 77" delivering the hardcore assault with its thunderous rhythm and arena-sized chorus. They continue with a more electronic metal sound on the growling attack of "Thorns," before reaching the second act, "Act II, Sonar," which carries a more mainstream metal appeal. The album's other two acts feature the more atmospheric metal appeal of "Act III, Wither" and the dark, epic tones of "Act IV, The Laughing Coffin" as the duo spew lyrics like a heavy metal hip-hop artists. MyChildren MyBride finish up their new album with the electronic beats of "KevlAr" and the NuMetal attack of "Guardian XIII." To find out more about MyChildren MyBride and their latest release "Vicious World," please visit their Facebook page at facebook.com/mychildrenmybride. 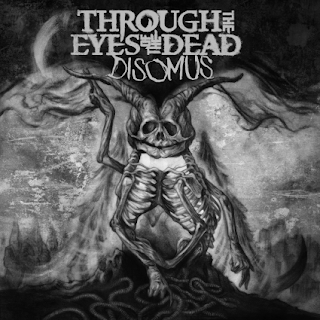 Up next is the return of east coast death metal band Through The Eyes Of The Dead with their first album in seven years titled "Disomus." Their new 10-song release comes blasting out of the gate with the intense speed of "Hate The Living" as the growling vocals and evil guitar riffs make for the perfect setting for Friday the 13th. The tempo quickens even more on the attack of "Obitual" as Through The Eyes Of The Dead continue their death metal assault. The heavy metal guitar riffs in "Of Mortals, We Once Were" and the epic delivery of "The Binding Nightmare Hex" showcases the band's excellent heavy metal musicianship. They finish up their new album with the neck-breaking speed of "Teras" and the deep, dark growl of "Dismal." To find out more about Through The Eyes Of The Dead and their latest release "Disomus," please visit their Facebook page at facebook.com/tteotd. 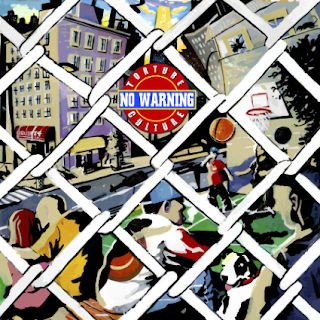 Lastly we arrive at the latest release from Canadian hardcore punk band No Warning. Their new album titled "Torture Culture" features the band's return after nearly ten years away from the music industry. They have not lost a step as their new 12-song album kicks off with the raw, energized attack of "Headless." They continue with the chugging rhythm and intense vocals of "In The City" and "Beyond The Law" as No Warning pour their hearts into this new release. They display a more thrash metal sound with "Like A Rebel" and then slow down for the metal ballad "Sanctuary," before finishing their new album with the punk-like quickness of the title-song "Torture Culture." To find out more about No Warning and their latest release "Torture Culture," please visit facebook.com/nowarning666.