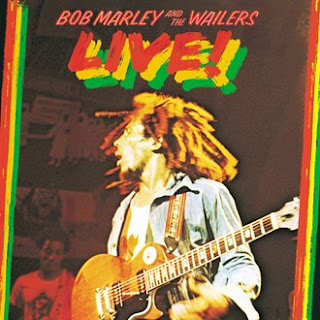 The legendary "Live!" album from Bob Marley and The Wailers is finally getting its proper release on CD. Originally released in December 1975, the album captured the band during their two-night stand at Lyceum Theatre in London on July 17 & 18 1975. The idea was to quickly put an album together of the band's live material to keep fans interested while Bob Marley and The Wailers recorded their new album, which eventually became "Rastaman Vibration." The original record only featured 7-songs, which were featured on the "King Biscuit Flower Hour." After 40 years, that was all corrected last year when the Universal Music Group released a 3-vinyl set that included both concerts. It featured, for the first time, the entire unreleased July 17th show and also full-length versions of songs from the July 18th show. On October 13th, Universal Music Group released a new 2CD set that featured the complete "Live!" album. Both shows are presented on their own discs and comes with a booklet of unpublished photos and new essay about the evening's events. To find out more about newly released Bob Marley & The Wailers "Live!" set, please visit bobmarley.com. 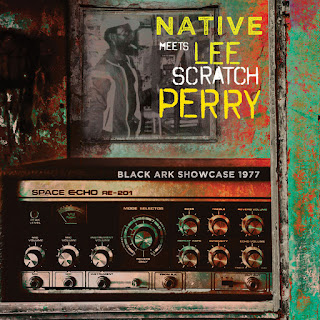 Back in 1977, Jamaican-based reggae band Native were given the keys to the kingdom, when they got to record with famed record producer Lee "Scratch" Perry. Perry was the pioneer of the dub sound, working with everyone from Bob Marley to Paul McCartney to the Beastie Boys. In 1973, Perry built his own studio, named The Black Ark. There he was able to control his signature sound and create some amazing albums from local Jamaican bands, including Native. On September 22nd, Goldenlane Records released the hidden reggae-gem "Black Ark Showcase 1977" by Native Meets Lee Scratch Perry. It was one of the last recordings done at The Black Ark studio before it burnt down in 1978.

The new 10-song release features the local reggae band Native given the sonic treatment to a handful of their songs. The first five songs on the album are featured as they were recorded in the studio, without any wizardry from Lee "Scratch" Perry. The second half of the album showcases the talents of Perry as the final mix features a deeper reggae vibe as you can feel the songs' groove. To find out more about this classic album makeover, please visit nativemeetsleescratchperry.bandcamp.com.