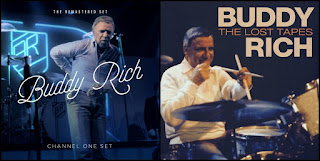 Legendary jazz drummer Buddy Rich had a music career that lasted over six decades. He performed along side such greats as Frank Sinatra, Louis Armstrong, Nat King Cole and Ella Fitzgerald. Rich continued to perform live right up until his death in 1987. Now two new live albums from Buddy Rich and his Big Band were released on September 15th, in order to celebrate his 100th birthday. The 2 new live albums are actually soundtracks to two of Buddy Rich's concert films, "The Channel One Suite" and "The Lost Tapes." The DVDs were released back in the mid-2000s and now we get the amazing soundtracks to go with them.
First up is "The Channel One Suite," which was renamed to "The Channel One Set." It features 8-tracks of Buddy Rich performing live with his Big Band in 1985 at the King Street Studios in San Fransisco. The night was filled with energy as Rich and his band kicked the night off with the swift pace of "Machine." He settled into a more swinging melody for "Best Coast," before diving into Count Basie's "One O'Clock Jump." Rich and his band also perform a quick cover of The Beatles "Norwegian Wood" and the Ella Fitzgerald favorite "Love For Sale," before wrapping up the evening with a 16-minute version of the "Channel One Suite." To find out more about this new release, please visit lightyear.com.
The second release titled "The Lost Tapes" features a concert from the same location as "The Channel One" release, but on a different night. This new 8-song set kicks things off the same way, as Rich lead his band on a rigorous stomp through "Mexicali Nose." He delivers some wonderful covers of Thelonious Monk's "Round Midnight" and Duke Ellington's "Cotton Tail," before closing that night's set with a 15-minute jam of "West Side Story." To find out more about this new release, please visit lightyear.com. 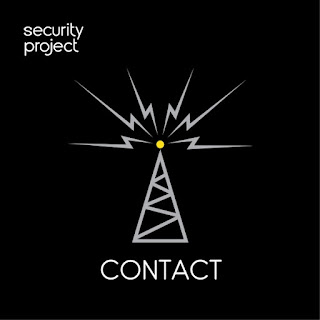 The Security Project returns once again with a new live album titled "Contact." It showcases the amazing talents within this band as they continue to re-create the music of Peter Gabriel and Kate Bush, adding a more progressive feel to the songs. The new 11-song release begins with a couple of the more obscure Gabriel solo material with "Lead A Normal Life" and "I Don't Remember," both were featured on Peter Gabriel's third solo album. Security Project look to expand their sound on the eight-minute delivery of "San Jacinto" and new lead singer Happy Rhodes showcases her vocal talents on the lone Kate Bush song, "Mother Stands For Comfort." The song fits perfectly next to other Gabriel classics "No Self Control" and "Family Snapshot," which appear on this new release. The album wraps up with an 8-minute version of "Games Without Frontiers" and the powerful, atmospheric feel of "Lay Your Hands On Me." Security Project will be heading out on tour at the beginning of November with a string of shows in the New England area. For more information on their new live album "Contact," please visit securityprojectband.com. 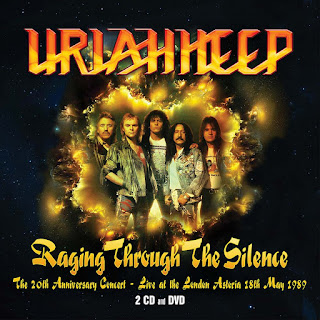 Back in September, classic rockers Uriah Heep released a brand new 2CD/DVD package of their 20th anniversary show from back in 1989. The show was only previously released on VHS and has long been out of print. Now, fans can look back and enjoy the 14-tracks of hard rock that has made Uriah Heep one of the pillars of heavy metal. The show included the songs "Bad Bad Man" and "Cry Freedom" from their most recent release at the time "Raging Silence." After the classic, guitar driven "Stealin'," Uriah Heep save most of their more well-known hits for the closing numbers of the show. The songs "July Morning" and "Gypsy" receive the epic treatment in this live setting as both songs surpass the 9-minute mark. The night closes with a 13-minute version of "Look At Yourself," which has been a concert staple for the band since 1971. Also included on the 2CD set is a 25-minute audio interview with Chris Tetley and Uriah Heep. To find out more about Uriah Heep and their new re-issue of "Raging Through The Silence," please visit uriah-heep.com.
Posted by JP's Music Blog