Heavy Metal Band, Loudness Return With Their "Rise To Glory" 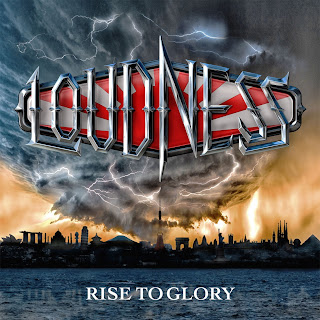 From Japan comes the new album titled "Rise To Glory" from heavy metal pioneers Loudness. They have become a pillar in the heavy metal genre since their conception in 1981. Their new release will be their first album in four years and also their first since 1991 to be released in North America. It will hit shelves on January 26th through the earMUSIC label.

Their new 13-song release begins with a short instrumental to get you re-acquainted with the band, before the electrifying energy of "Soul On Fire." Even after 35 years in the music industry, Loudness still have a chip on their shoulder as displayed in the thrash-like speed of "I'm Still Alive" and "Massive Tornado" to prove they are still one of the premier heavy metal band in the world. The instrumental "Kama Sutra" leads the way to the album's amazing closing numbers, the intense attack of "Rise To Glory" and the AC/DC-like power of "Let's All Rock."

Look for Loudness to hit the road following the release of their new album. For more information about the band and their new album "Rise To Glory," please visit loudnessjp.com.