Silvertung "Lighten Up" On Their Newly Released Video Documentary 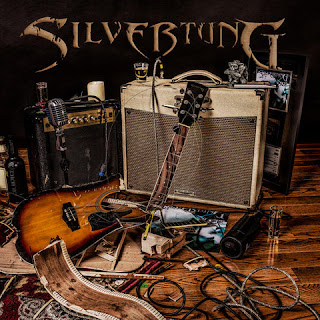 Back in December, American hard-rock band Silvertung launched a Pledge Music Campaign in order to release their new DVD "Lighten Up." The 90-plus minute video documents the band recording their eye-opening, acoustic EP of the same name. The DVD features footage of the band performing their hard rock anthems in an intimate, acoustic setting in front of a small live audience. Watching the passion and emotion on their faces of the band, as they pour all of their energy and talents into these songs, showcases the meaning behind the music. Interwoven between the songs, are interviews with members of the band as they tell their story of how the band and this album came to be. While most hard rock bands shutter at the thought of going acoustic, Silvertung embraced the challenge and documented every step as you get that rare inside look at a band reaching another plateau of their career.

The video also includes some of the band's past music videos for songs like "Face The Music," "Dig" and "You & Me," along with footage of their award win and performance at the Maryland Music Awards show. The Pledge Music Campaign offers different packages, including everything from exclusive t-shirts, to clocks to signed guitars. For access to the Pledge Music Campaign and purchase your own video package, please go to pledgemusic.com/projects/silvertung. To find out more about Silvertung and their new video release "Lighten Up," please visit silvertung.com.