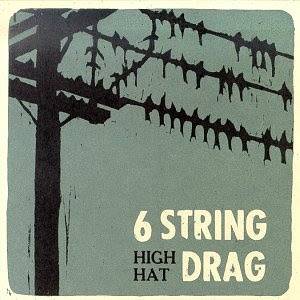 From North Carolina comes the return of  Americana/roots rock pioneers 6 String Drag with two new releases. On January 12th, the band reissued their classic album "High Hat," which has been out of print and also includes a bonus track. This will also be the first time that the album is available on vinyl and in digital format. The album was originally produced by Steve Earle and features some of the band's greatest songwriting, with the alternative-country appeal of ""Bottle Of Blues" and "Red," along with the Springsteen-like rocker "Cold Steel Brace" and "Ghost." The new reissue also includes an acoustic cover of the Louvin' Brothers' song "Lorene" as a bonus track. 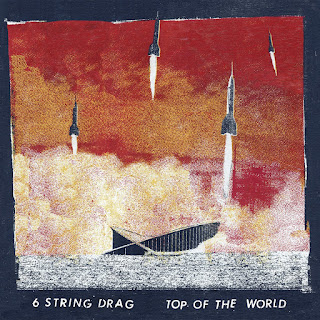 Finally, fans of the band can rejoice with a new studio album titled "Top Of The World." It is the second album to be released from 6 String Drag, since reuniting in 2015 after almost 20 years apart. The band has kept the same winning formula as their previous release with the high-energy rocker "Small Town Punks" along side the emotional acoustics of "Top Of The World." The band looked to capture their live sound with this new studio album as "Let's Fool Around Til The End Of The World" and "Waste Of Time" have accomplished that feat. 6 String Drag finish up their new album with the swinging rock of "I Wish You Would" and the classic sounds of "Robert & Lucy," which just proves that they have not lost a step after all those years. To find out more about 6 String Drag and their latest releases "Top Of The World" and the new "High Hat" reissue, please visit 6stringdrag.com.
Posted by JP's Music Blog