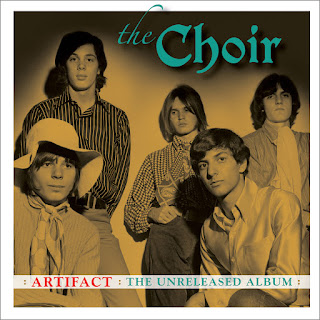 Arriving February 16th on Omnivore Recordings is the newly discovered unreleased album from the Cleveland pop/rock band The Choir. Recorded in 1969, it features ten tracks making their physical debut on CD. This album would have followed the band's successful 1967 hit single "It's Cold Outside," which earn them opening slots on tour with The Who and The Yardbirds. The Choir would disband a year later, in 1970, after their last single failed to chart. The band did reunite in 2006 for a couple of live shows in their hometown of Cleveland.

The album features 10-tracks of British inspired psychedelic rock like the raw, uptempo rhythm "If These Are Men" and the more dreamy feel of "Ladybug." The album also includes a spot on cover of The Kinks' "David Watts" as The Choir pay homage to their inspirations. The slow, piano ballad "Have I No Love To Offer" seemed ahead of it's time as it carries a progressive rock feel, which was a new concept in 1969. The new, unreleased album finishes with the swinging bass/drums groove of "Boris' Lament" and the British pop tones of "Mummer Band." To find out more about the newly released album from The Choir, please visit omnivorerecordings.com. 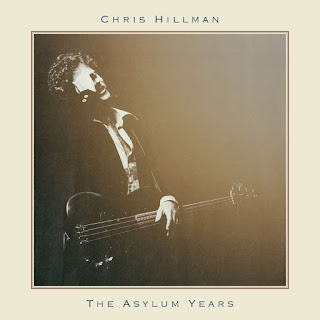 American recording artist Chris Hillman has been involved in the music industry for well over 50 years. First as a founding member of The Byrds, then co-founder of The Flying Burrito Brothers and Manassas, before going solo in 1976. Hillman's first two solo albums ("Slippin' Away" and "Clear Sailin'") kept the idea of great harmonies and lyrics from his former bands, the central focus of his solo work. On February 9th, Omnivore Recordings released a new 20-track compilation of these two albums titled "The Asylum Years."

Listening to the music on these two albums, will certain remind you of how great of a singer/songwriter Chris Hillman is. Being surrounded by other great artists in his former bands, Hillman's seventies style of folk/rock shines on his debut album, "Slippin' Away." Songs like "Step On Out," "Falling Again" and "Love Is The Sweetest Amnesty" are prime example that Chris Hillman was just as great a solo artist as he was a member of The Bryds or The Flying Burrito Brothers.

Chris Hillman's second solo album, "Clear Sailin'" brought on a more rock and roll tone as the album was produced by Jim Mascon (Poco). Songs like "Hot Dusty Roads" and "Playing The Fool," mixed with the ballads "Heartbreaker" and "Quits" showcases more diversity in his songwriting as Hillman would not record his next solo album for another five years, when the landscape of the music industry changed in the 1980s. To find out more about this new compilation from Chris Hillman titled "The Asylum Years," please visit omnivorerecordings.com.