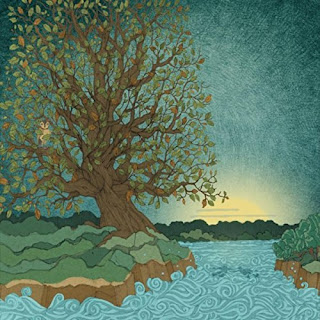 Connecticut artist Prester John recently released his latest musical composition titled "Halloween Baptizm." To co-inside with the release of his new album, Prester John also released a new book, "Nobody Knows I'm Famous: A Year In The Life Of An Unknown Musician." The book follows the diary of Prester John from April 2016 to July 2017 as you read about his every thought, idea and emotion of doing what he loves, which is create and play music. The result of what is told in the pages of his new book is the 13-piece instrumental album "Halloween Baptizm."

Not only do you get to read about his mind-set, but this book is also a "how to" guide for many musicians that may struggle with ideas of how to create that specific sound in their head recorded for everyone to hear. The book also contains many fantastic black and white illustration by Gonzalo Fuentes, which becomes as attractive as the words on the pages. You become involved in the life of Prester John as he not only talks about his musical en-devours, but also his day to day activities, with many Connecticut natives knowing exactly where he visits and his emotional involvement with this music. Speaking of the music, Prester John plays every instrument of this guitar quartet as each piece carries a different feel, whether its the quick finger-picking of the opening track or the beautiful, dream-like delivery of track nine. With only a 22-minute time of the album, multiple listens are definitely recommended as you will notice differences in the strings and guitars Prester John uses for this new release. Also, the album's artwork is a visual to follow as you listen to the music. It will give subtle hints as to meaning behind certain pieces of his music. To find more about Prester John and his new album "Halloween Baptizm," please visit presterjohnmusic.com. 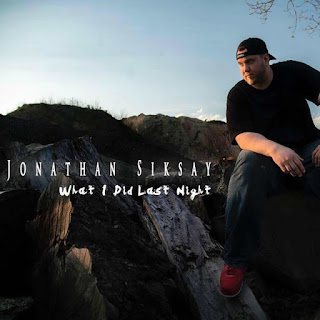 From Seymour, CT comes the latest release from singer/songwriter Jonathan Siksay. Siksay, a Connecticut native, pours on the charm with his new album "What I Did Last Night." The new 11-song release begins with the country rocker "40 More Ounces Of Beer To Go" and then even gets more electrifying with the energy of "Brown Eyes, Long Hair, Tan Skin" as Siksay is locks into his groove. He pays homage to his home state with the raw, alternative buzz of "Southern Connecticut Girl," while the acoustic pop melody of "Lonely Road" allows you to focus on his songwriting. Jonathan Siksay finishes up his new album with the edgier rock approach of "Howling At The Moon" and the bluesy ballad "Tennessee Whiskey." To find out more about Johnathan Siksay and his latest release "What I Did Last Night," please visit his Facebook page at facebook.com/siksayband 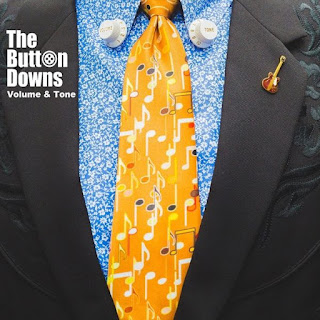 Connecticut's own three-piece rock band, The Buttondowns return with a brand new studio album titled "Volume & Tone." The Buttondowns' Robert Obie was featured on the Record-Journal podcast last year (https://soundcloud.com/recordjournal/the-buttondowns-robert-obie-talks-about-upcoming-shows-and-the-future-of-the-band) as the band look ahead to a busy summer of shows. Their new 11-song release begins with the up-tempo, swinging rhythm of "Strong Man" and the steady pace of the autobiographical lyrics of "Snap Front Shirt." The Buttondowns slow the tempo down slightly for "One Of The Guys," before delivering the nostalgic, rockabilly tone of "Hit And Miss." The trio wrap up their new album with the classic, new wave appeal of "You're So Far Out" and the country sound of "Things People Say." To find out more about The Buttondowns and their latest release "Volume & Tone," please visit their Facebook page at facebook.com/TheButtondowns.