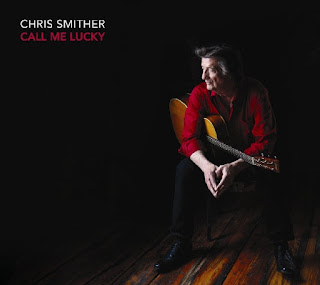 Singer/songwriter/guitarist Chris Smither has been a part of the music industry for over 50 years and he is preparing to release his 18th studio album on March 2nd. The new album titled "Call Me Lucky" is a 2-CD set, featuring 16-songs, broken up into "A Side" and "B Side." The first disc starts out with the classic, Americana stomp-rhythm of "The Blame's On Me" and the iconic Smither re-working of Chuck Berry's "Maybellene." He pours his emotions into the ballad "Down To The Sound" as if he is giving away life's little secrets, before the country rocker "Nobody Home" will bring your spirits back up. His weathered vocals fit perfectly into his cover of "Sittin' On Top Of The World," before he finishes the first disc off with the acoustic folk ballad "Lower The Humble."

Chris Smither starts off the second disc with a quiet, simplified rendition of The Beatles' "She Said She Said," before rocking out with the loud sonic blast of "Everything On Top." While the second disc only contains  six songs, he packs a collage of sounds into a concise time limit. He continues with the country vibes of "Down To The Sound" and "Nobody Home," before finishing with the beautiful piano piece "By The Numbers." To find out more about Chris Smither and his latest release "Call Me Lucky," please visit smither.com. 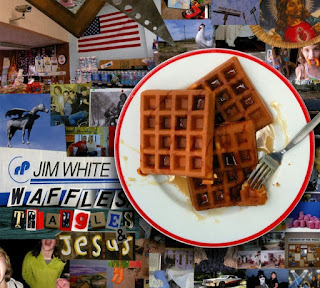 Folk/roots artist Jim White returns with his sixth studio album titled "Waffles, Triangles & Jesus." It will be released on February 9th and features 11-tracks of experimental, soul-searching tunes, beginning with the dark, moody feel of "Drift Away." White brings in the classic country/folk sounds of "Long Long Day" as you feel yourself following White's lyrics down the rabbit hole. He incorporates the fun, up-lifting strumming into "Playing Guitars," then continues to draw you in with the warm harmonies of "Far Beyond The Spoken World." White experiments a little further with the worldly rhythm of "Prisoner's Dilemma," then tells us the tale of "Wash Away A World" with a country/bluegrass-like backdrop. Jim White finishes up his latest album with addictive appeal of "Here I Am" as you follow his every word, before the sonic folk landscape of "Sweet Bird Of Mystery." To find out more about Jim White and his latest release "Waffles, Triangles & Jesus," please visit jimwhite.net.