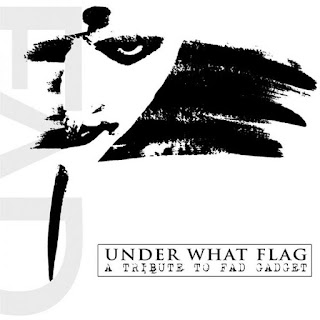 British avant-garde/electronic musician Fad Gadget was an inspirational artist of the new wave movement in the early 1980s. After producing four electronic, underground masterpieces, he would change his image and tone to a more folk-protest artist. Before his death in 2002, Fad Gadget returned with the support of fellows label artists Depeche Mode for a world tour and one final studio album. To show support of the artist, Fad Gaget, modern industrial/electronic bands recorded a new tribute album titled "Under What Flag: A Tribute To Fad Gadget."

The new release features 17-tracks, with three of the tracks featuring a different interpretation of Fad Gaget's first hit single "Back To Nature." The band Cortex Defect handles the song with a Gothic-like tone, while legendary, German industrial band Leather Strip quickens the pace of the song and delivers a more monotone, electronic feel to the song. The third version of the song is by the band NOIR, which showcases their darkwave sound on this pulsating version of the song. Another song featured three times on this release is "Insecticide." The synthesizer-fueled number gets injected with the dance beats of Manufactura, while Microchip Junky approaches the song with a warped, space-like tone. Shrapnihil closes the album with their version of "Insecticide" that carries a more industrial rock attack, as if it came from a horror movie. To find out more about the newly release tribute to Fad Gadget titled "Under What Flag," please visit cleorecs.com. 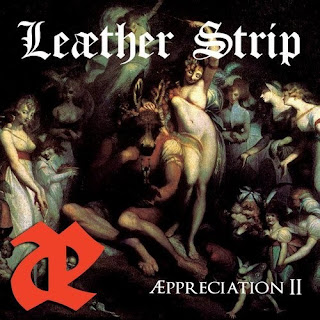 Legendary German industrial/Gothic artist Leather Strip is paying homage to the artists that have inspired him over the years with a new release titled "Appreciation II." Volume one of "Appreciation" was released in 2014 and became an instant classic for the artist, now volume 2 begins with the Fad Gadget original "Lady Shave" as Leather Strip dives into this song with full emotion. He turns Adam & The Ants' "Beat My Guest" into an edgier, punk driven hymn and changes the eighties pop masterpiece "Tainted Love" into a Gothic cry of passion. He works in the electronic dance beats to quicken the pace of Dead or Alive's "You Spin Me Round (Like A Record)" and Marianne Faithfull's "Broken English," before finishing with the aggressive cover of Coil's "Anal Staircase." To find out more about Leather Strip and his latest release "Appreciation II," please visit cleorecs.com.
Posted by JP's Music Blog