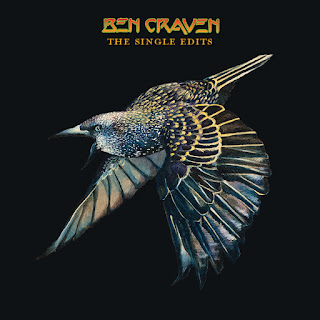 Australian guitarist, Ben Craven will be delivering his career retrospective release titled "The Single Edits" on March 16th through Ben's own Desert Comb label. While Craven may be best known as an expert in progressive rock music, with many songs pushing past the 10-minute mark, this new album delivers a concise, 40-minute, edited version of some of his more well-known tunes. Beginning with the space-like sonic build-up of "Critical Mass," Ben Craven wastes no time showing off his skills on the guitar. Ben also takes the spotlight with his vocals on the grand feel of "The Remarkable Man" and then invites Star Trek royalty to lend a hand as William Shatner delivers the spoken word lyrics of "Spy In The Sky, Pt. 3." The album continues with the wonderful acoustics of the "Great Divide," before showcasing another glimpse into his progressive rock side with "No Specific Harm." Ben closes out his new album with classic, nostalgic rock tones of "Golden Band" and the exciting frenzy of the "Revenge Of Dr. Komodo." To find out more about Ben Craven and his latest release "The Singles Edit," please visit bencraven.com. 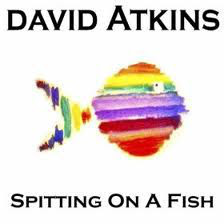 Singer/songwriter David Lawrence Atkins has returned with a brand new studio album titled "Spitting On A Fish." After falling into obscurity during the eighties and nineties, a song, co-written by Atkins found it's way onto the Madonna album "Ray of Light." This sparked interest in the songwriter and he has recorded his own, solo version of the song "Sepheryn," which appears on this new album. Atkins continues with the New Orleans-style jazz of "Too Many Bullets" and the acoustic folk/blues of "Afraid Of Love." David finishes up his latest album with the sixties, pop-swing of "Oh Tonight," the punk-like attitude of "Lighten Up Your Life" and the ukulele sing-along of "Shine On Me." To find out more about David Lawrence Atkins and his latest release "Spitting On A Fish," please visit davidatkinsmusic.wordpress.com. 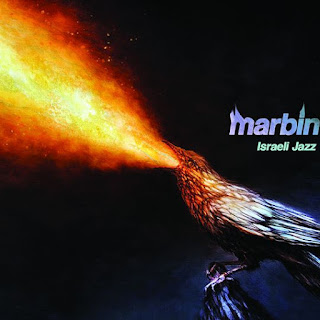 World-renown jazz artist Marbin returns with his seventh full-length studio album titled "Israeli Jazz." It features 7-tracks, beginning with the horn/guitar combo "The Old Ways," which showcases some sweet blues as you are introduced to Marbin's exceptional talent. He continues with the swinging jazz fusion of "Swamp House" and then he electrifies your ears with the high energy of "Arkansas Jumper." Marbin wraps up his new release with the slow-moving, ten-minute build-up of "Pirate Punch" and the swift, exciting rock groove of the title-song "Israeli Jazz." To find out more about Marbin and his latest release "Israeli Jazz," please visit marbinmusic.com.
Posted by JP's Music Blog

from the mwe3.com interview with David Atkins:

mwe3: Who are some of the musicians with you on Spitting On A Fish and what instruments did you play on the album? How long did it take to write, record and complete?

DLA: It took a bit more than a year on and off, booking a day or two here and there. A few of the songs are just me, a couple (“Lighten Up Your Life” and “Little Soldier”), were actually done at home and then cleaned up in a "proper" studio that I found at the end of my street. I had no idea it even existed! Roger Wagner, a friend I've done a few gigs with over the last 20 years played finger picking guitar on a couple, Matt Lanchester played keyboards and John Barrett played the drums. Fulvio Sigurta, Roberto Manzin and Paul Taylor played trumpet, sax and trombone. The rest is me. I have to give a special mention to Paul Taylor, whose trombone solos are for me, just about perfect.