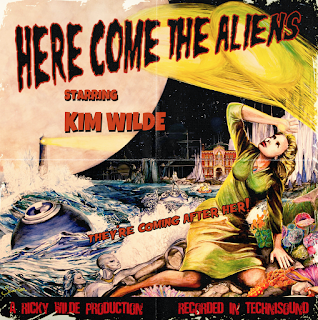 English pop singer Kim Wilde returns with her first new studio album in five years. The album titled "Here Come The Aliens" features Kim's modern pop/rock sound across 12-brand new tracks. Wilde may be best known for her 1980s hit singles "Kids In America" and "You Keep Me Hangin' On." She looks to recapture that magic, beginning with the album's opener "1969" as the song's big rhythm combined with Wilde's vocals are sure to draw you in. She returns to her eighties heyday with the dance beats of "Pop Don't Stop" and she keeps the energy flowing with the quick rock tempo of "Kandy Krush." Her voice soars in the powerfully emotional ballad "Soltice," before returning with the blazing guitar rock of "Birthday." Wilde finishes up her new album with the modern electronics of "Cyber Nation War" and the soulful ballad "Rosetta." Kim Wilde has a tour of the U.K. planned for April. For a complete list of live dates and to find out more about her latest release "Here Comes The Aliens," please visit kimwilde.com. 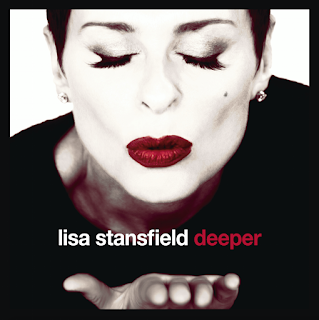 Soulful English singer, Lisa Stansfield is preparing to release only her eighth studio album of her nearly 30 year career. The new album titled "Deeper" will be released on April 6th through earMUSIC and it is her first album of new material in four years. Lisa Stansfield broke through on the pop charts in 1989 with her #1 single "All Around The World" and kept a hold on the charts throughout the nineties. After pursuing an acting career, Lisa Stansfield returned to music full-time with the release of her 2014 album "Seven."

Her new 13-song release dives right in with the electronic dance beats of "Everything." The song's funky tone works perfectly into Lisa's mission to recapture the pop charts. She keeps the tempo moving with "Twisted" and "Desire," before delivering the gentle, R&B groove of "Coming Up For Air." She showcases her knack for creating the addictive rhythms "Never Ever" and the eye-opening, pounding beats of "Hercules," before finishing her new album with the soulful ballad "Hole In My Heart" and the classic seventies R&B vibe of "Ghetto Heaven." To find out more about Lisa Stansfield and her latest release "Deeper," please visit lisa-stansfield.com.
Posted by JP's Music Blog