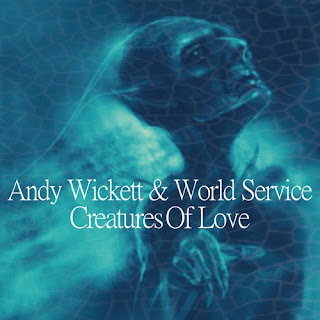 Original Duran Duran vocalist Andy Wickett recently released his new solo album titled "Creatures Of Love." Wickett was featured on Duran Duran's demo, which was recently released, and helped co-write the songs "Girls On Film" and "Rio," before getting replaced by singer Simon LeBon prior to the release of Duran Duran's debut album. Since the early eighties, Andy Wickett has established himself as a solid singer/songwriter in his hometown of Birmingham, England and his new album can be considered a pinnacle in his music career.

The new 11-song release begins with the gentle flow of "Border Song" as Wickett lets the poetic lyrics flow from his lips. He continues with the acoustic folk/rock of "Make It' and the upbeat, pop-oriented/ dance beats of "Kingdom." The acoustic swing of "Evidently" and the electronics of "Creatures Of Love," showcases the diversity in his music, before finishing the album with British pop of "Take Me To The City." To find out more about Andy Wickett and his latest release "Creatures Of Love," please visit cleorecs.com. 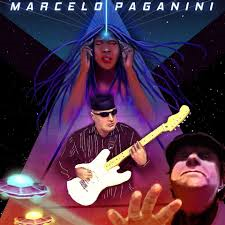 Guitar virtuoso Marcelo Paganini recently released a new 4-song EP titled "B4 Ever Now." It features former Pink Floyd singer Durga McBroom, along with jazz legend Eumir Deodato, Gary Husband and Marc Madore. The new 23-minute release begins with the soulful vocals of Durga, as they are placed upon the jazz fusion backdrop of "Crying With A Smile." Marcelo makes his presence known with the electrifying guitar tones of "Last Bart To San Bruno," before closing out his new short release with the over 8-minute epic blues feel of "2012 Space Traffic Jam." To find out more about Marcelo Paganini and his latest release "B4 Ever Now," please visit marcelopaganini.zimbalam.com.
Posted by JP's Music Blog