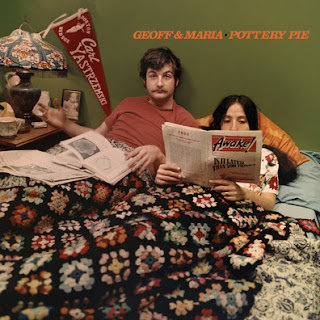 Arriving at the end of the month are three classic jugband/blues albums that have been out of print for decades. The husband and wife duo of Geoff & Maria were no strangers to the music industry when they teamed up in 1968 to record their debut album "Pottery Pie." Singer Maria Muldaur worked along side such artists as Bob Dylan and David Grisman in the Greenwich Village music scene, while Geoff Muldar was a founding member of the Jim Kweskin Jug Band. The duo released only two albums together before they split up in 1972.

Their first album "Pottery Pie" featured ten tracks, mostly covers, including a heartfelt rendition of Dylan's "I'll Be Your Baby Tonight" and the Son House original "Death Letter Blues," which closes the album with some classic blues. The meat of the album showcases Maria's beautiful vocals on the traditional folk/blues of "Trials, Troubles, Tribulations" and "Georgia On My Mind." One of the album's highlights is the light-hearted, upbeat song "Brazil," which was used as the theme song in Terry Gilliam's 1985 movie "Brazil." 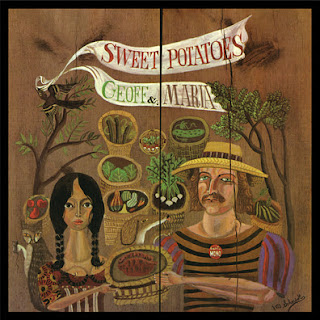 The duo followed up their first album with "Sweet Potatoes" in 1972, just prior to going their seperate ways that same year. This album is also making it U.S. debut on CD on March 30th when it will be released by Omnivore Recordings (along with "Pottery Pie"). The album continues the winning formula of mostly covers, although Goeff lends more of his signature on this release with three of his own songs thrown in. Highlights include their bluesy cover of Chuck Berry's "Havana Moon," a quick, two-minute sweet soulful version of "Sweet Potatoes" and the blues standard "Hard Time Killin' Floor" that closes the album on a somber note. To find out more about these two new releases by Geoff & Maria, please visit omnivorerecordings.com. 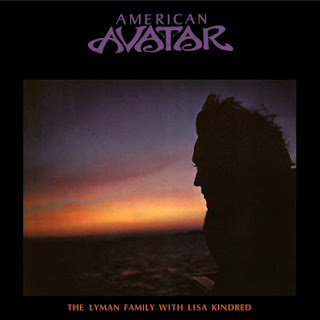 Arriving a week earlier on March 23rd was the long, out-of-print album "American Avatar" by The Lyman Family With Lisa Kindred. The band was formed out of the demise of the Jim Kewskin Jug Band and their only album features seven blues covers, beginning with take one of the traditional blues ballad "California Water." The songs on this release were definitely influenced by the band member's jug band upbringing as the starkness of "James Alley Blues" and "Jesus Met The Woman At The Well" pays homage to the songs long forgotten history. The album wraps up with a couple of epic blues numbers, the seven-and-a-half minute sing-along of "My Love Comes Rolling Down" as it appears to just being formed in the studio and the nine-plus minute acoustic, take two of the opening track "California Water" as you wish more music was recorded and released on this set. To find out more about this new re-issue of The Lyman Family With Lisa Kindred, please visit omnivorerecordings.com.
Posted by JP's Music Blog