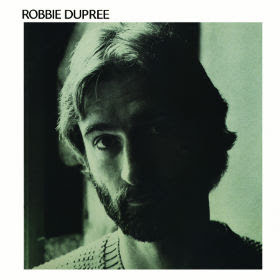 Singer/songwriter Robbie Dupree found success early in his career, when his single "Steal Away" reached #6 on the U.S. singles chart and his self-titled debut album was a best seller in 1980. He quickly tried to follow-up that success with the release of his second album "Street Corner Heroes" in 1981. After that album failed to make the same impact as his debut release, Robbie Dupree would not release another album for over six years, but to honor his early accomplishments, Blixa Sounds is re-releasing Dupree's first two albums on CD with bonus tracks. 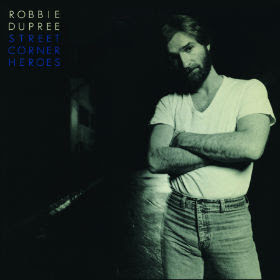 Both albums have been digitally remastered from the original recording tapes and features previously unreleased bonus tracks. Dupree's debut album starts off with his famous single "Steal Away" and continues with his classic, "Yacht Rock" sound that became famous on the radio charts in the early eighties. The four bonus tracks consist of four of the album's songs re-recorded in Spanish by Dupree. The second album also features a stellar sound because of the remastering process and includes the singles "Brooklyn Girls" and "Saturday Night." The latter song is included as a bonus tracks in it's shorter, single edit version. To find out more about these two new re-issues from Robbie Dupree, please visit blixa.com/robbie-dupree. 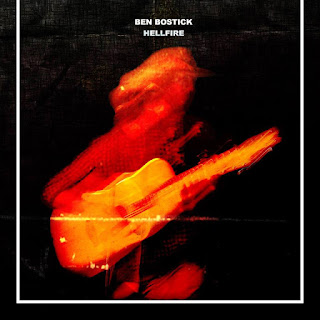 Singer/songwriter Ben Bostick released his solo album last year to rave reviews (jpsmusicblog.blogspot.com). He quickly entered the studio to record his follow-up album, "Hellfire," which will be released in June of this year. The new 11-song release was written during the band's yearlong residency at The Escondite in downtown Los Angeles. The new album kicks off with the pounding rhythm and pleading lyrics of "No Show Blues" and the classic country blues shuffle of the title-song "Hellfire." He continues to deliver the up-tempo country swing of "No Good Fool" and the rockabilly, punk-like fury of "Blow Up Some Steam." Bostick steps back with the nostalgic country tone to "Tornado," then slinks his way on by with the two-step rhythm of "Work, Sleep Repeat," before finishing up his new album with the deep, grunge-like rock delivery of "The Outsider." To find out more about Ben Bostick and his latest release "Hellfire," please visit benbostick.com. 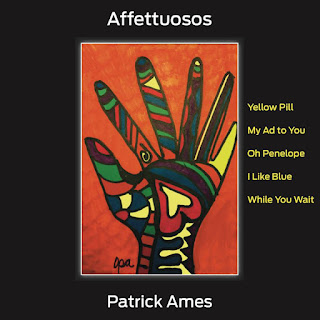 From California comes the latest release from singer/songwriter Patrick Ames. His new 5-song EP titled "Affettuosos" features a "hip, coffeehouse" sound as Ames wanted to "slow life down" with this new release. He kicks things off with the improvisational lyrics of "Yellow Pill," which sounds a bit like a collage of different sounds and techniques. He strums the acoustic folk ballad "Me Ad To You," then switches to the piano for the love song, "Oh Penelope." Patrick finishes up his new album with the gentle, vocal duet of "While You Wait." To find out more about Patrick Ames and his latest release "Affettuosos," please visit patrickames.com.
Posted by JP's Music Blog