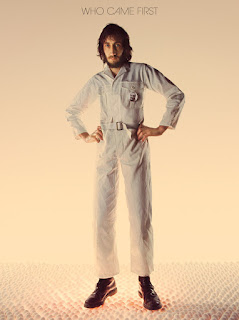 After the success of The Who's concept album "Tommy," singer/songwriter/guitarist Pete Townshend felt the pressure for an even bigger follow-up album. His next writing project was titled "Lifehouse," but was quickly abandoned for the more straight-forward rock appeal of "Who's Next." With so many songs written for the "Lifehouse" project, Townshend didn't want them to go to waste. Some made it onto the "Who's Next" album, while others were released as part of Pete Townshend's debut solo album "Who Came First."

In order to celebrate the 45th anniversary of the album, Universal Music Enterprise released a 2CD deluxe edition of the album on April 20th. The first disc features the original 9-song release, remastered from the original tapes. Many fans will instantly recognize songs like "Pure & Easy" and "Let's See Action" that The Who have injected into their live performances.

The second disc will entice long-time fans of the album, as it contains many previously unreleased songs. The first half of the disc features some brand-new 2017 edits of the classic songs like "The Seeker" and "Begin The Beguine," along with an instrumental version of The Who's hit single "Baba O'Riley." The second half contains the rare gems, like an alternate take of the album closer "Parvardigar" and live acoustic recordings of the songs "Drowned" and "Evolution." To find out more about this new 45th anniversary release of Pete Townshend's "Who Came First" album, please visit petetownshend.net.
Posted by JP's Music Blog