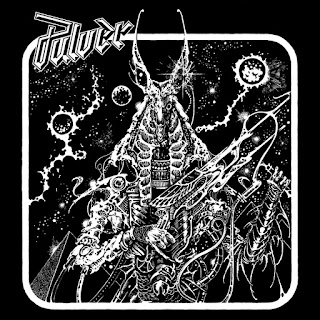 Arriving at the end of the month are a couple of new releases from Gates Of Hell Records artists, Pulver and Chevalier. First up is the new 3-song, self-titled release from German metal band, Pulver. Their new album is limited to only 400 vinyl copies and features artwork by famed German illustrator Karmazid. The music will remind you of the early days of heavy metal as songs like "Howl" and "Salvation" will have you reminiscing about the days when New Wave Of British Heavy Metal, when bands like Iron Maiden and Def Leppard took over the sales charts in the early eighties. 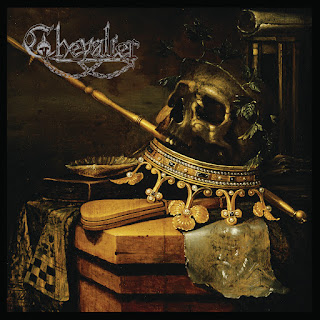 The other new release arriving on April 27th is from Finnish band, Chevalier. Their new album titled "Call To Arms" was originally released back in 2017 and features six new tracks, but is being presented for the first time on vinyl. The music moves quick and the high-powered vocals draw up similarities to the early days of Judas Priest and Mercyful Fate. The band's energy is certainly felt on the tracks "The Awakening" and "Ride For Revenge" as you will be wishing for more from this new heavy metal band. To find out more about these two new releases on the Gates Of Hell Records label, please visit gatesofhellrecords.com.
Posted by JP's Music Blog