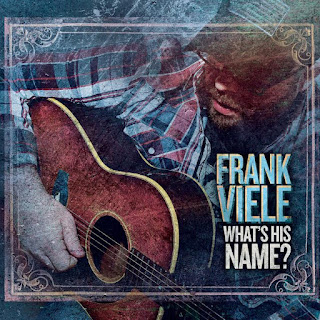 Connecticut native and New England Music Award-winner, Frank Viele is preparing to release his new album "What's His Name?" on April 27th. He is also planning a release show on April 28th at the Stony Creek Brewery in Branford, CT. He also recently wrapped up a tour with American Idol winner Lee DeWyze, before headlining his own mini-tour this April.

His new 12-song release begins with the steady country rock pace of "Drop Your Gun" as his vocals have a unique feel that give authenticity to the music. He gets bluesy on the swinging melody of "Honey," before getting funky with the rhythm of "What's His Name?" Frank pays tribute to his influences with the quiet, acoustic shuffle of "If You Could Only Read My Mind," before plugging back in to rock out on "It,"  with another fellow Connecticut artist, Christine Ohlman. Frank finishes his new album with the soulful, R&B groove of "Turn Around" and the acoustic, blues/folk tale of "Cigarettes, Throwing Stones & Lies." For a complete list of shows and to find out more about Frank Viele and his latest release "What's His Name?," please visit frankvielemusic.com. 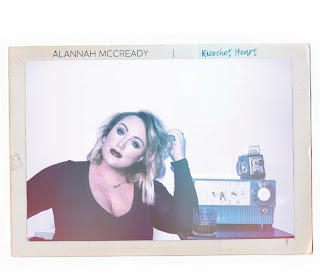 Singer/songwriter Alannah McCready, gave up her love for women's hockey to pursue a career in music. She won two National Division 1 championships with the University of Minnesota, before re-locating to Atlanta to record and release her debut album "Love Hangover." On April 27th, Alannah will be releasing her sophomore follow-up album "Ricochet Heart." It features ten brand new tracks, beginning with the up-tempo, country rocker "Enemies With Benefits," which proves that Alannah is here to stay. Her voice is so strong and pure on the gospel-like inspirational piece "Steal A Ladder." The album's lead single "Last Girl Standing" builds with energy as her music was built for the country music charts. The vocals of the title-song "Ricochet Heart" are so sweet and emotional that you will follow her every word, but when Alannah rocks is as in "Musta Been Love" is where you will fall in love with her sound. She wraps up her new album with the honky-tonk country swing of "Stop Time." To find out more about Alannah McCready and her latest release "Ricochet Heart," please visit alannahmccready.com. 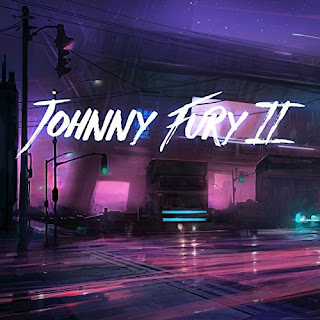 Arriving May 11th is the sophomore release from blues-rocker Johnny Fury. The new album titled "Johnny Fury II," features nine-tracks, beginning with the horn-infused funk groove of "Lucky Man" as Fury's vocals sound as if he is a veteran bluesman. He swings with the rockabilly rhythm of "Without Me," before slowing down for the smooth R&B delivery of "Life On The Streets." The album features a couple of outstanding covers, including the slow blues of "All Your Love" by Samuel "Magic Sam" Maghett and the jazz-infused classic "Mercy Mercy Me (The Ecology)," originally by the late, great Marvin Gaye. Johnny Fury wraps up his new album with the funky blues of "Arizona Women" and the guitar driven rock of "Blue Sunrise" as he closes the album on a powerful high. To find out more about Johnny Fury and his latest release "Johnny Fury II," please visit johnnyfury.com/.
Posted by JP's Music Blog