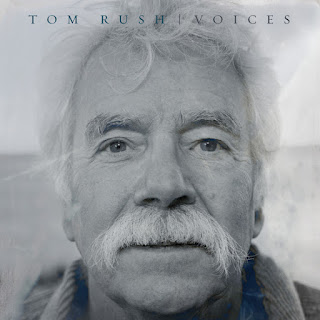 Legendary singer/songwriter Tom Rush is preparing to release a new studio album of entirely original material. His music has been a major influence on modern artists like James Taylor, Garth Brooks and Nanci Griffith. At 77 years old, his new album "Voices" may be one of the best of his career, as his voice has a weathered quality that makes the words feel more authentic and true.

Tom Rush begins his new 12-song release with the traditional folk strumming of "Elder Green" and the quieter bluesy ballad "Come See By Me" as you will find yourself warming up to Tom's classic folk style. He shows that he can still rock with the best of them with the talking, storied delivery "My Best Girl," then he brings it all into perspective with the descriptive lyrics of "Life Is Fine." Tom picks the energy back up with the two-step, country shuffle of "Heaven Knows," before his heartfelt rendition of the traditional love story of "Corina, Corina." Tom finishes up his new album with the recollection of "Going Down To Nashville," which Tom describes as an "age-appropriate song," along with the wonderful, acoustic folk ballad "Voices." To find out more about Tom Rush and his latest release "Voices," please visit tomrush.com. 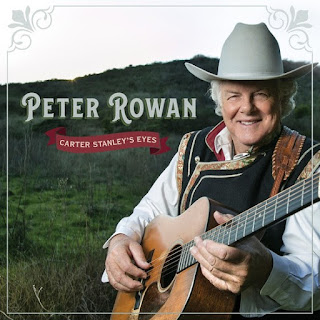 Bluegrass artist Peter Rowan his paying homage to his early influences on his latest release "Carter Stanley's Eyes." It will be released on April 20th, through Rebel Records and features 14-tracks of originals and covers that has Peter and his band showing their bluegrass traditions. The new set begins with the original "Drumbeats On The Watchtower" as Rowan quickly introduces his classic, nostalgic sound to you. The album continues with a cover of "A Tiny Broken Heart" as the harmonies are pure and magical, along with the follow-up tune "The True And Trembling Brakeman." This new release centers around the music of brothers, Carter and Ralph Stanley as Peter sings in "The Light In Carter Stanley's Eyes," before covering the first of four Stanley songs on this release. He keeps the pace of Ralph Stanley's "Let Me Love You One More Time" as you can feel the devotion in Peter Rowan's performance. He displays the traditional feel of Carter Stanley's "Too Late To Cry" and once again showcases his inspiration with a spot on delivery of A.P. Carter's "Will You Miss Me." Peter Rowan finishes up his new album with a couple of Stanley family classics, the swift, bluegrass strumming of "Ridin' On The Midnight Train" and the soft ballad, "A Picture Of Mother." To find out more about Peter Rowan and his latest release "Carter Stanley's Eyes," please visit peter-rowan.com.
Posted by JP's Music Blog