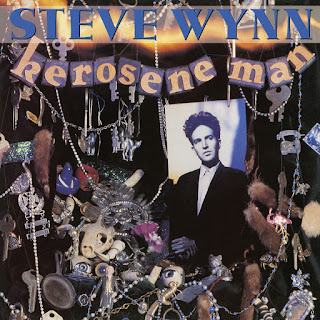 The art-rock band The Dream Syndicate issued in a psychedelic sound to the 1980's music scene. Then in 1990, the band took a break and lead singer/songwriter Steve Wynn created two magical solo albums and on April 27th, Omnivore Recordings is re-issuing those album with loads of bonus tracks. Wynn's debut solo album "Kerosene Man" is a mix of rock and folk music with help from friends in other bands like Concrete Blonde, X and Los Lobos. Wynn also had a couple of minor hits with the songs "Tears Won't Help" and "Carolyn." The original album received the "remastered" treatment and now includes six bonus tracks taken from a couple of live recordings that Steve Wynn did in 1990. The songs consist of a couple of solo pieces, mixed with a couple of song from The Dream Syndicate ("Tell Me When It's Over" and "Burn"), along with covers of John Fogerty's "Graveyard Train" and Bob Dylan's "The Groom's Still Waiting At The Alter." 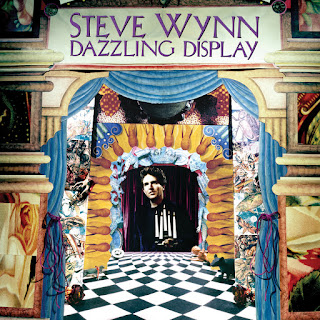 Steve Wynn followed up the success of his debut solo album with his sophomore release, "Dazzling Display." The album featured members of R.E.M., The Bangles with Flo & Eddie (The Turtles) and broadened Wynn's rock sound capturing the mainstream with the international hit single "Tuesday" and the MTV staple "Drag." Similar to the new re-issue of "Kerosene Man," this album was also remastered and expanded with six live bonus tracks. The songs include more covers of songs by Sonic Youth, Paul Simon, Bob Dylan and Lou Reed. To find out more about these two new re-issues by Steve Wynn from Omnivore Recordings, please visit omnivorerecordings.com.
Posted by JP's Music Blog