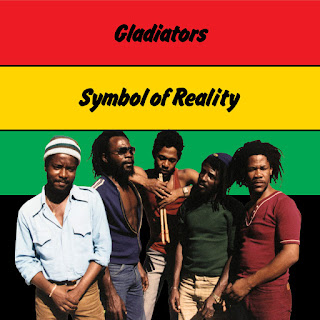 With Omnivore Recordings recent acquisition of the Nighthawk Records label, They have been steadily rolling out new re-issues of classic reggae artists like Justin Hinds and Ethiopian & His All-Stars. They continue with the April 20th releases of two early eighties albums from the Gladiators, 1982's "Symbol Of Reality" and 1984's "Serious Thing."

The Gladiators were founded in 1966 by singer/guitarist Albert Griffiths and the group found success early, in 1968 with their hit single "Hello Carol." The band had a cult following throughout their career, never-fully breaking into the worldwide music market, but these new re-issues will certainly remind you of how good the Gladiators were on the Nighthawk Records label. 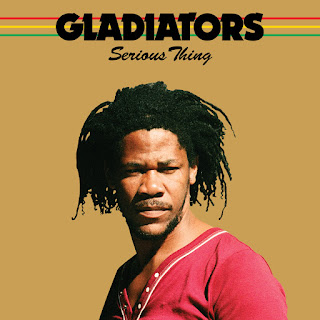 Both CDs feature a newly remastered version of the original albums along with bonus tracks. Their album "Symbol Of Reality" featured eight original tracks and two Bob Marley covers ("Small Axe" and "Stand Alone").  A few of the original songs are simple re-workings of some of the Gladiators early songs, like "Dreadlocks The Time Is Now" has been re-recorded as "Streets Of Gold" and "Big Boo Boo Deh" was renamed "Cheater." The six bonus tracks on this new re-issue include dub versions of songs like "Not Afraid To Fight" and "Righteous Man," along with instrumental versions of the songs "Symbol Of Reality" and "Streets Of Gold."

The Gladiators quickly followed that album up with their 1984 album "Serious Thing." The music shifted slightly to a more mainstream, reggae/ska vibe to try and capture the radio market. Just like with their previous album, the Gladiators re-recorded some of their earlier songs like "Flint It Gimme" and "Rearrange." Also, just like their other re-issued album, this one includes six bonus tracks that feature dub versions of some of the album's songs like "My Thoughts" and "Good Foundation." To find out more about these two new reissues from the Gladiators' Nighthawk Records releases, please visit omnivorerecordings.com/nighthawk.
Posted by JP's Music Blog