Two Newly Released Albums That Every Guitarist Should Listen To 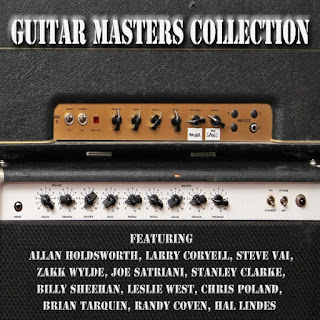 Emmy award-winning composer/producer Brian Tarquin has once again assembled one of the best guitar collections on the planet. The new release titled "Guitar Masters Collection" features some rare, previous unheard recordings, including tracks from the late, great Allan Holdsworth and Larry Coryell. The songs allow the guitarists to tread into musical territories that they may never have thought of.

The new ten-track release begins with Holdwworth and David Hines on the jazz-fusion of "Skippy" as the two musicians play off each others energy. Bassist Randy Coven performs on back-to-back tracks, first with the great guitar virtuoso Steve Vai on "Funk Me Tender," then with heavy metal giant Zakk Wylde on the R&B/funk infused "I Wish." Joe Satriani works along side Stanley Clarke on their sonic, spaced-out cover of "Hair." Mountain guitarist Leslie West delivers the hard rocking blues of "Mother Load," before the album closes with Brian Tarquin, Doug Doppler and Billy Sheehan teaming up for the high-energy attack of "Blue Wind." To find out more about this new "Guitar Maters Collection," please visit cleorecs.com. 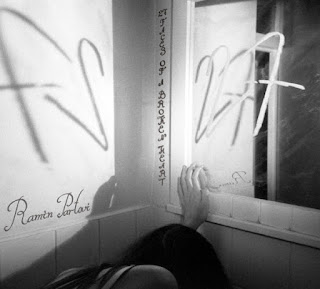 From Hollywood, CA comes the new double album from guitarist Ramin Partovi, with a new concept. He wanted a load of guest musicians to perform the same song structure, adding their own signature touch to the music. The new album titled "27 Faces Of A Broken Heart" features 27 different versions of the same song, spread across two discs. Now, you may think that listening to the same song gets old, but the way each guitarist interrupts the music is quite amazing. From the acoustic finger picking of Yussi Wenger to the electrifying jolt from Scott Henderson to melodic tones of Carl Verheyen, each artist delivers a different sound and emotion to the song. The album finishes with Ramin's own version of the song, which features a mixture of acoustic and electric guitars as you can feel the most passion in his own delivery of the music. For more information on the latest release from Ramin Partovi and guests, please visit cdbaby.com/cd/raminpartovi2.