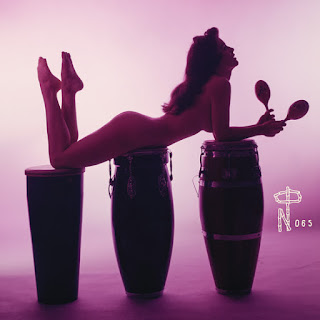 The Numero Group recently released their latest box set titled "Technicolor Paradise: Rhum Rhapsodies & Other Exotic Delights." Not since the "Ultra-Lounge" collection in the mid-nineties has there been a new release that captures the essence of these outstanding sonic delights of sound. This new 3-disc set is broken up into different categories, such as "Daiquiri Delights," "Rhum Rhapsodies" and "Mai Tai Mambos."

The first disc, "Daiquiri Delights" culls together 18-tracks that have a common theme of guitar instrumentals. The music carries that island flair as the songs are more about setting the mood, then showcasing their abilities to grab your attention. Many of the artists in this set are not well-known, but carry a common love for exotic lounge music. After you make your way through these wonderful instrumental tracks, the next disc features the vocal versions of some island classics. Songs like "Nature Boy," "Silent Island" and "Isle Of Love" are re-energized as singers like Darla Hood, Martha Raye and Carmen add their own special touch to these 18 beauties housed on disc 2, which is titled "Rhum Rhapsodies."

The third, and final disc of this set, is titled "Mai Tai Mambos." This is where the set's energy lies as these 18-tracks are infused with a rhythm that is sure to get your heart pumping and your hips shaking. Songs like "Caravan" and "Hari's Harem" will get you up and swinging to these outstanding groovy songs that will get your pulse racing. This 53-song set also features five songs that are exclusive to CDs. To find out more about this new amazing box set, please visit numerogroup.com.
Posted by JP's Music Blog