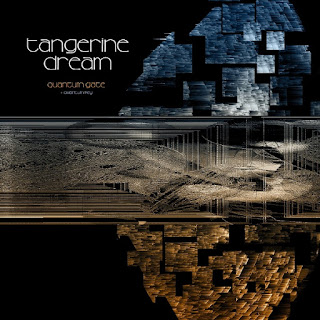 To celebrate the band's 50th anniversary, Tangerine Dream released a brand new studio album titled "Quantum Gate," late last year. It was the band's first full-length release since the passing of founding member Edgar Froese and is based on the ideas of Quantum physics. Just prior to that release, was "Quantum Key," a short, 4-song release that only duplicates one song "Genesis Of Precious Thoughts" as Tangerine Dream are looking to build upon their 50 years in the music industry.

On April 20th, Tangerine dream combined the two releases into a new 2CD set, "Quantum Gate + Quantum Key." It was released through Kscope and features over 100 minutes of progressive rock music that fans will certainly enjoy. There is no new music included, just the 13-song that made up the two releases from last year. The music brings together Edgar Froese's vision of combining science and music to enrich the idea of expanding the realm of sound and vision.

The songs certainly highlight the band's use of different sounds and techniques with the electronics of "Electron Bonfire"  and "Identity Proven Matrix." Tangerine Dream also continue to stretch out their musical landscapes with epic pieces,  "Drowning In Universes" and "Sensing Elements." They also continue to combine the worlds of rock and dance with songs like "Non-Locality Destination," before giving us a glimpse into their future with "Genesis Of Precious Thoughts." To find out more about Tangerine Dream and their latest release "Quantum Gate + Quantum Key," please visit their Facebook page at facebook.com/TANGERINEDREAM.OFFICIAL.
Posted by JP's Music Blog