British rockers Wishbone Ash continue to move ahead with their nearly 50 year career, by looking back at some of their past accomplishments. Back in February, Wishbone Ash re-released their 1982 album "Twin Barrels Burning" and their 1985 album "Raw To The Bone" as 2CD deluxe editions and picture disc LPs. 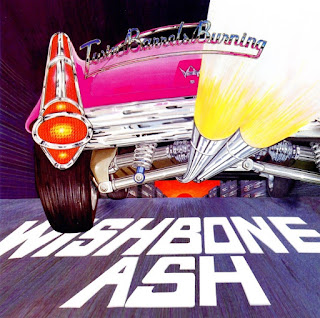 The new release of "Twin Barrels Burning" features 21 tracks, comprised of the album's original 9-song release, the 3 bonus tracks from a previous re-issue. The entire second disc is made up of the much anticipated "American Remixes." This album is the only one in the Wishbone Ash catalog to feature Uriah Heep bassist, Trevor Bolder. The new "American Remixes" have a cleaner sound with more emphasis on the guitar as Wishbone Ash looked to accommodate the times of hair metal with a more polished structure to their music. The other difference with the "American Remixes" is the way the songs are presented, for example the song "No More Lonely Nights" follows "Can't Fight Love," in order to push the ballads to the American audience. 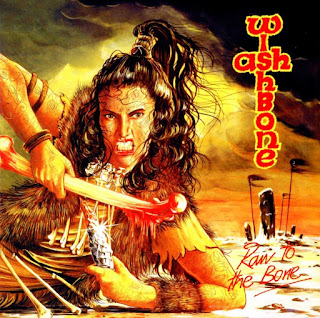 The other re-issue is "Raw To The Bone," which continues the band's eighties hard rock sound. This deluxe edition features a whopping 23-tracks spread across two-discs. The album's original 10-tracks listing gets bumped up with five more bonus tracks, mostly consisting of the band's 1986 sessions that produced the songs "Apocalypso," "Valley Of Tears," "Nkomo" and "Talk To Me." These songs would end up being abandoned for the band's next album, which was entirely instrumental pieces. The second disc of this set consists of a couple of radio shows that Wishbone Ash conducted for the BBC. The set features songs from the "Raw To The Bone" album, as well as from previous albums as they perform for their hometown audience at the Hammersmith. To find out more about these two new deluxe edition re-issues from Wishbone Ash, please visit wishboneash.com. 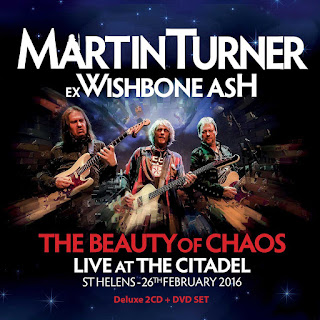 English music artist, Martin Turner recently released a new live album titled "The Beauty Of Chaos: Live At The Citadel." Turner may be best known as one of the founding members of the rock band Wishbone Ash, before parting ways with the band in 1980. Turner released his first solo album in 1996 ("Walking The Reeperbahn"), but this new release is his fifth live album.

His new live album was recorded on February 26th, 2016 during the "Written In The Stars" tour and features the entire album performed live, which takes up the first disc of this two-disc set. The second disc is a mixture of songs from his days in Wishbone Ash ('The Pilgrim," "Blind Eye" and "Blowin' Free) with songs from his earlier solo albums. Martin Turner's new live set closes with the high-powered song "Doctor" and a ten-plus minute of "Jailbait." The entire two-and-a-half hour concert is also presented on an accompanying DVD, which also includes interviews with Marin Turner and his band. To find out more about his new live album "The Beauty OF Chaos: Live At The Citadel," please visit martinturnermusic.com. 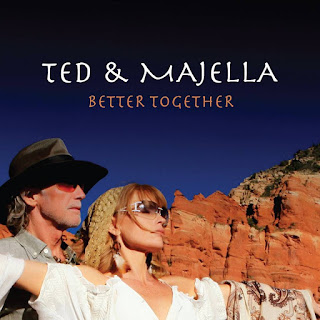 Former Wishbone Ash guitarist Ted Turner recently released his first collaboration with his wife Majella titled "Better Together." Their style of music has been called "New Age Soul" as this album was inspired by their 13-year journey together. Their new 12-song release begins with the soulful pop beats of "Better Together," as Ted works in his guitar licks wherever the space allows. The lyrics are very inspiring as in "Dance With Me" as Ted & Majella sing together these words of love. The music gets funky during the dreamlike feel of "She," before slowing down for the gentle ballad "Time To Fall Away." Ted & Majella finish up their new album with the steady flow of "This Is It," the bluesy 8-minute ballad "I Found A Place" and more up-tempo soft rock sound of "If You Believe." To find out more about Ted & Majella and their latest release "Better Together," please visit tedturnerandmajella.com.
Posted by JP's Music Blog