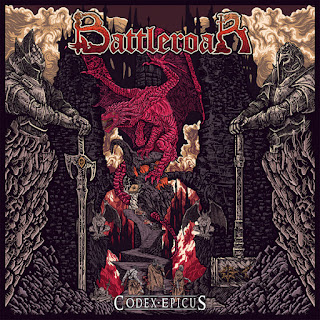 As the weather heats up, so do these few new heavy metal releases from Battleroar, King Heavy and Neorhythm. Epic metal band, Battleroar return on June 15th with their brand new studio album "Codex Epicus." Their new 9-track album begins with the two-minute grand introduction "Awaking The Muse," which paves the way for the aggressive and thunderous, guitar-fueled fire of "We Shall Conquer." The band continues to deliver high energy with "Chronicles Of Might" and then showcase their stellar musicianship on the 8-minute, progressive metal piece "The Doom Of Medusa." Battleroar finish up their new album with the quick pace of "Kings Of Old" and the storied tale of "Enchanting Threnody." To find out more about Battleroar and their latest release "Codex Epicus," please visit their Facebook page at facebook.com/BattleroaR. 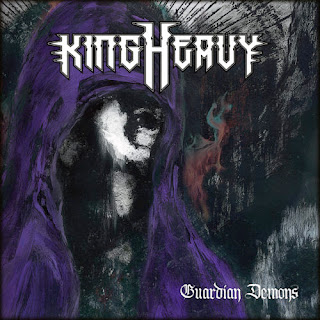 Arriving on June 22nd is the sophomore album from the Belgian/Chilean doom metal band King Heavy. Their new album "Guardian Demons" features only six tracks, but they all have that large, epic sound, beginning with the title song. The band slows the tempo down even more with the guitar buzz of "(Death Is But An Extreme Form Of) Narcosis," before darkening the mood on the seven-minute epic piece "Doom Shall Rise." King Heavy wrap up their latest release with the ten-minute, progressive, doom metal preaching of "Come My Disciples" and the grinding attack of "As In A Nightmare." To find out more about King Heavy and their latest album "Guardian Demons," please visit the band's Facebook page at facebook.com/kingheavydoom. 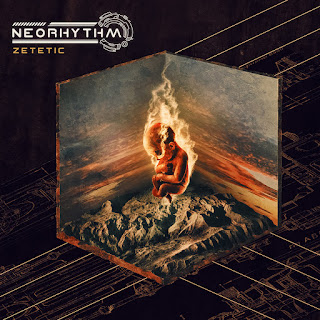 Arriving June 18th, is the debut album from Finnish metal band Neorhythm. The new release titled "Zetetic" features ten tracks that have been described as "space metal." The band kicks things off with the aggressive attack of "Molten Mind" and screams of "Second Chance" as the quick-hitting rhythm motors the song. The album's concept revolves around an interstellar journey and the hard-edged delivery of "Cosmic Genes" and the pounding of "Dark Matter" will certainly get your head spinning. Neorhythm change gears on the progressive metal appeal of "Philia Lost," before finishing up their new album with the onslaught of "Nanogods" and the last chugging blast of energy from "Quintessence." To find out more about Neorhythm and their latest release "Zetetic," please visit their Facebook page at facebook.com/neorhythmofficial. 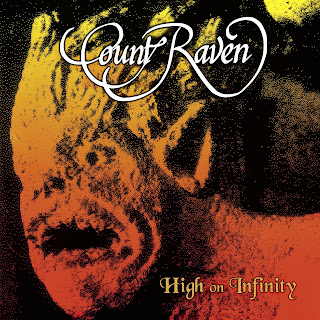 Also arriving in June is the next round of reissues from classic Swedish doom metal band Count Raven. A couple months ago, Metal Blade Records reissued the first two albums ("Storm Warning" and "Destruction Of The Void") and now comes their mid-nineties output, "High On Infinity" and "Messiah Of Confusion." These two albums would be the final releases from the band, before reforming 13 years later for the 2009 release "Mammons Of War."

The new reissue of their 1994 album "High On Infinity," contains the bonus track, "Chrittes Triumph," which fits perfectly along side the rest of the album. The new reissue of their 1996 album "Messiah Of Confusion" also contains a new bonus track, "Regression," which does not appear at the end of the album, but wedged closer to the middle. The song is a 10-minute homage to the doom metal sound of Black Sabbath as the song starts off with the band covering the song "Electric Funeral." 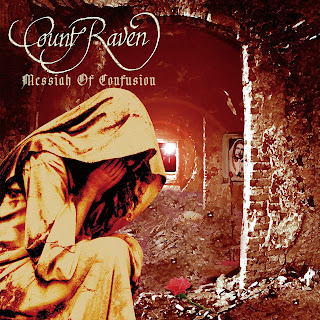 As the Count Raven camp continues to lay silent, Metal Blade Records continues to remind us of how the band kept the spirit of doom metal alive during the popular grunge movement was taking over the airwaves. To find out more about Count Raven and their latest reissues, "High On Infinity" and "Messiah Of Confusion," please visit the band's Facebook page at facebook.com/countravendoom.
Posted by JP's Music Blog