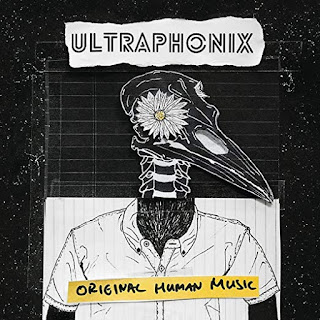 Arriving August 3rd, is the debut album from the high-powered supergroup, Ultraphonix. The band features members from Living Colour, Dokken, War and Project NfidelikAh, as they come together over the unspoken bond of music. Their album, titled "Original Human Music" features 12-songs that celebrate social consciousness through great rock anthems. Beginning with "Baptism," Corey Glover's vocals are strong and true, as he works alongside legendary hard rock guitarist George Lynch. The album continues with the bluesy tempo of "Another Day," before showcasing the band's force on the hard-hitting attack of the album's lead single "Walk Run Crawl." You can feel the passion in their performance of "Free" as the rhythm section of Pancho Tomaselli (bass) and Chris Moore (drums) motors the song's funk-fueled groove. Ultraphonix experiment with their hard rock sound on "Fire," before finishing up their new album with the screaming guitars and rumbling rhythm of "Ain't Too Late" and the heavy metal sounds of "Power Trip." To find out more about Ultraphonix and their latest release "Original Human Music," please visit their Facebook page at facebook.com/ultraphonix. 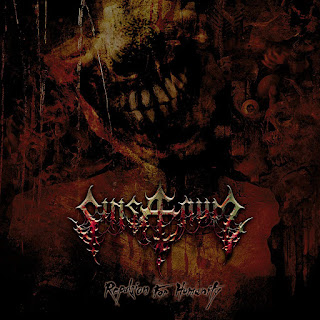 On August 10th, we get the arrival of the anticipated new album from Sinsaenum, titled "Repulsion For Humanity." This new 11-song, death metal masterpiece blasts off with the aggressive attacking onslaught of the title-song, "Repulsion For Humanity." For that point on, you have no chance of turning back, as songs like "Sworn To Hell" and "Rise Of The Light Bearer" draw you in, before tearing your eardrums to shreds with their shear power. Sinsawsum have reached a new plateau in their musicianship, with the doom metal appeal of "Manifestation Of Ignorance" and the eight-minute progressive metal piece "Swan Song." They finish off their new album with the exciting pounding of "Insects" and the nine-minute epic adventure "Forsaken." To find out more about Sinsaenum and their latest release "Repulsion For Humanity," please visit sinsaenum.com. 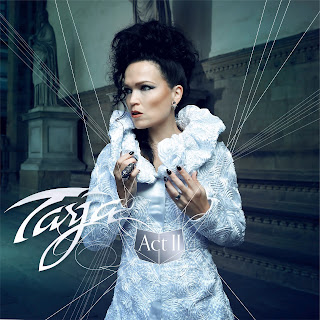 Finnish singer/songwriter Tarja returns with her first live album in six years, simply titled "Act II." It features 20-tracks, recorded November 29, 2016 at the Teatro della Luna in Milan, Italy during her tour of "The Shadow Self" album. The show begins with the hard hitting, heavy metal music of "No Bitter End" as Tarja's exceptional, operatic vocals immediately grab your attention. She keeps the energy going with "500 Letters" and "Demons In You" as her voice is simply something to behold. She perfectly combines the elements of rock and opera on the nearly 7-minute "Lucid Dreamer," while the chugging guitars of "Shameless" and the progressive rock adventure "Calling From The Wild" displays the outstanding musicianship within her band.

The second half of the show kicks off with an amazing rock and roll cover of "Goldfinger," before reaching the 10-minute epic medley of "Until Silence - The Reign - Mystique Voyage - House Of Wax - I Walk Alone." Tarja finishes up her new live album with the build-up, marching rhythm of "Victim Of Ritual," the neoclassical appeal of "Innocence" and the energetic show closer "Until My Last  Breath." The new live set from Tarja will be released on July 27th as a 2CD set, 3LP set, 2DVD set, on Blu-ray or a limited edition 2CD/2 Blu-ray set. To find out more about Tarja and her latest album "Act II," please visit tarjaturunen.com.
Posted by JP's Music Blog