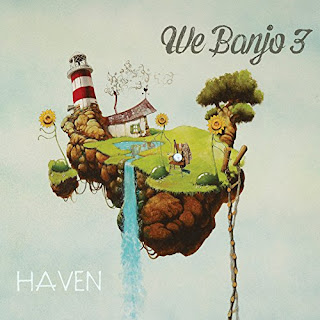 Traditional Irish music band, We Banjo 3 return with their fourth studio album titled, "Haven." It will be released on July 27th and features eleven tracks that will only make you an even bigger fan of their music. The band's short history consists of multiple number one albums, multiple awards and even meeting and performing for former President Barack Obama back in 2016.

Their new album kicks off with the gentle build-up of the title-song, "Haven" as the band pleads for peace in the world. They quicken the pace for the energetic strumming of "Light In The Sky," then wear their emotions on the sleeve with the wonderful sounds of the "War Of Love." The new album continues with the exciting instrumental "Annabelle's Cannon" and sweet lush sounds of "Marry Me Monday." We Banjo 3 then wrap up their new album with the quiet touch of "Don't Let Me Down" and the up-lifting support of "Hold Onto Your Soul." The band kick off their summer tour on July 27th with a string of Celtic/Irish festivals. For a complete list of shows and to find out more about their latest release "Haven," please visit webanjo3.com. 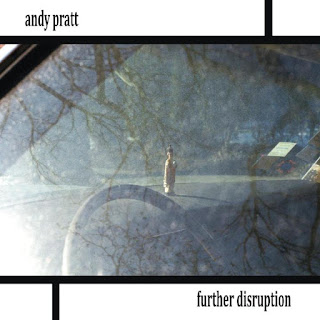 From Chicago comes the latest EP from singer/songwriter Andy Pratt. His new release titled "Further Disruption" features five songs, beginning with the old school, New Orleans jazz feel of "Lincoln Avenue" and the up-tempo rockabilly swing of "God Only Gives You So Many Drinks." He talks his way through the thumping rhythm of "Thrift Store Girl," before closing out his new album with the cool, lounge-jazz appeal of "Happiness Is Home." To find out more about Andy Pratt and his latest release "Further Disruption," please visit andyprattmusic.com.
Posted by JP's Music Blog