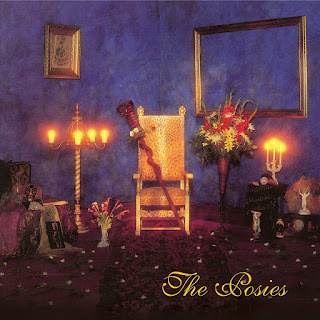 American rock band, The Posies, are celebrating their 30th anniversary with expanded reissues of three of the band's classic albums, "Dear 23," "Frosting On The Beater" and "Amazing Disgrace." Each album will be released periodically throughout the year as a new 2CD set, beginning with their major label debut "Dear 23." The set features a newly remastered version of the original album, along with 27 bonus tracks spread across the two discs.

After the success of the band's independent debut release ("Failure"), The Posies signed-on with Geffen Records to release their follow-up, "Dear 23." The album featured a much more polished sound with the songs "Apology" and "Suddenly Mary," but they also still knew how to rock as with "Help Yourself" and the 8-minute album closer "Flood Of Sunshine." The first disc of this set, named "disc 2" features the original "Dear 23" album remastered, along with seven previous unreleased bonus tracks. The extra tracks included are demo versions of six of the album's songs, as they give a more raw, punk-like feel to "My Big Mouth" and "Help Yourself." The disc closes with an edited version of "Flood Of Sunshine."

The treasure trove continues into the second disc, which features 20 tracks (9 previously unissued) as Omnivore Recordings collects everything from previous releases that relate to the "Dear 23" album. The disc starts out with a couple of demos from Jon Auer for the songs "Apology" and "Golden Blunders," which sound very different from the finished versions of the songs. The disc is made up of mostly demos that have come from either Jon, or fellow bandmember Ken Stringfellow, as you can see the development of each song as many different versions were attempted. Also included are demos for songs that did not make it onto the album, like "Something That You've Never Done" and "Magnifying Mirror." The set also includes covers of The Hollies' "King Midas In Reverse," Big Star's "Feel" and Chris Bell's "I Am The Cosmos." To find out more about this new 2CD expanded reissue of The Posies' album "Dear 23," please visit omnivorerecordings.com.
Posted by JP's Music Blog