The English Are Coming, With New Music From The English Beat And The Orb 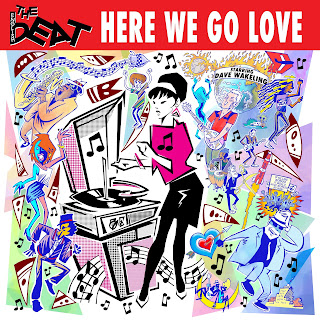 British ska/punk band The English Beat have been entertaining crowds for the better part of 40 years now. Their first single "Tears Of A Clown" cracked the top in the U.K. back in 1979 and their songs have always made an appearance on the music singles charts in the early eighties. After breaking up in 1983, The English Beat regrouped in 2003 for a sold-out show at the Royal Festival Hall, but have not released a new album in over 30 years.

On June 15th, The English Beat (featuring Dave Wakeling) released their brand new studio album "Here We Go Love." It features 13 tracks, beginning with the timeless ska appeal of "How Can You Stand There" as Wakeling's voice simply transports you back to the eighties. The album continues with the thick reggae groove of "Redemption Time" and the punk-like energy of the title-song "Here We Go Love." They slow the tempo down for the emotional ballad "Never Die," before returning to the fun, swinging tempo of "You Really Oughtta Know." The English Beat wrap up their new album with the horn infused, R&B soul of "Every Time You Told Me" and the seven-minute, strumming, summer vibe of "Be There For You." The English Beat are currently touring the U.S. throughout the summer. For a complete list of dates and to find out more about their new album "Here We Go Love," please visit englishbeat.net. 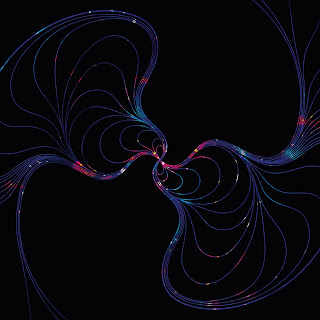 Fellow English electronic dance group, The Orb recently released their new studio album titled "No Sounds Are Out Of Bounds." It was released on June 22nd through Cooking Vinyl and features a load of special guest vocalists on the album's new 12-song set. Beginning with "The End Of The End," singer Emma Gillispie lends her sweet vocal styles to the music's organic dance beats. The Orb slow down the tempo for the mind-expanding soundscape of "I Wish I Had A Pretty Dog" and the quiet flow of the "Isle Of Horns." Pop artist Rhinanna stars in the short, atmospheric piece "Drift," before the album closes with The Orb's Alex Paterson collaborating with ambient music composer Roger Eno on the classical feel of "Ununited States" and the slow build-up of "Soul Planet," featuring vocal contributions from Andy Caine and Mary Pearce. To find out more about the new album, "No Sounds Are Out Of Bounds" from The Orb, please visit theorb.com.
Posted by JP's Music Blog