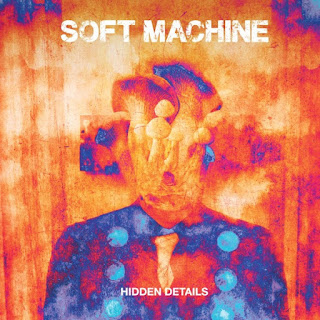 British music legends Soft Machine will be heading out on the road in October. It will be the band's first tour of North America in over 40 years, and they will have a new album to promote. Their new studio album "Hidden Details" will be released on September 7th through MoonJune Records. All of the current members of the band have been together since the mid-seventies, except for newcomer Theo Travis on saxophone, flute and piano.

Their new 14-track album kicks off with the intense, seven-plus minute rocker "Hidden Details," which allows each member to flex their musical music. The Soft Machine become more nostalgic with the melodic tones of "The Man Who Waved At Trains" and the experimental piece "Ground Lift" as you'd think it was 1975 all-over-again. The gentle acoustics of "Heart Off Guard" and the guitar driven rocker "One Glove" showcase the band's continual music diversity. Then, the band take you on a journey with the atmospheric, spaced-out tones of "Out Bloody Rageous, Part 1" and "Life On Bridges," before wrapping up their new album with the wonderful peaceful feeling of "Breathe" and the follow-up bonus track "Night Sky." For a complete list of tour dates and to find out more about Soft Machine and their latest release "Hidden Details," please visit facebook.com/softmachinelegacy. 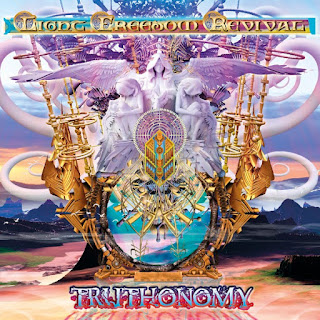 From Canada comes the reunion of the progressive rock band, Light Freedom Revival, featuring John Vehadija, Jamie Glaser, Billy Sherwood, Oliver Wakeman and Marisa Frantz. Their new album titled, "Thruthonomy" includes nine-tracks that explores the universe of sound with both its lyrics and music. They begin with "Lies No More," as John's vocals sound timeless on this bright, classical sounding album opener. The band extend their progressive rock muscle on the darker tones of "Caravan," before reaching the gentle ballad "Lady Marian" and the uplifting feel of "Jesus With A Guitar," which features the beautiful harmonies of Marisa Frantz. Light Freedom Revival finish up their new album with the nostalgic seventies folk/rock sound of "Arcadia" and the epic, 16-minute journey of "Truthonomy," which showcases the wonderful musicianship between Billy Sherwood, Jamie Glaser and Oliver Wakeman. To find out more about Light Freedom Revival and their latest release "Thruthonomy," please visit lightfreedomrevival.com. 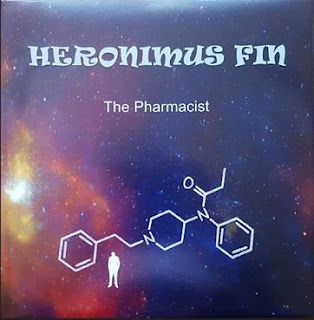 Underground English rockers Heronimus Fin are preparing to release their brand new studio album in August, which showcases the band's heavier rock side. The album titled "The Pharmacist" is a concept piece based on an individual who dies from prescription drugs. Their albums have become collector's items, as they limit their special releases, including signed vinyl and a glitter-effect cassettes. The new seven-track release begins with the heavy hitting rhythm of the title-song, "The Pharmacist" as Heronimus Fin lay the groundwork for their dark story. They pick up the energy with the punk-like flurry of "43rd November," before slowing down for the blues of "Another Sun." The band wrap up their latest release with the steady rocker "Eyes Of The Fox" and the ten-plus minute sonic journey of "Shiver." To find out more about Heronimus Fin and their latest release, "The Pharmacist," please visit gardenrecords.co.uk/heronimus-fin.
Posted by JP's Music Blog