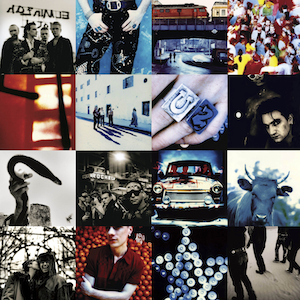 The Universal Music Group recently rolled out a couple of outstanding new vinyl releases from the legendary rock band U2. The combination of their two albums, "Achtung Baby" and "Zooropa" were both creative and popular highs for the band. The albums also established U2 as one of the premier bands of the early nineties. They weren't afraid to experiment with their sound, as they combined everything from rock to funk to jazz to dance and even country on these two albums. To celebrate the 25th anniversary of the "Zooropa" album, Universal Music Group released both albums as 2LP sets for the first time, on 180-gram vinyl.

U2's "Achtung Baby" signaled a new direction for the band after their last full studio album, "The Joshua Tree," as their sound became much more complex. They layered their music in a way that turned them from a straight-up rock band into a new, pop mainstream sensation. This new 2LP features a new remastered sound as you can almost dissect the layers of music that were used to create the songs like "Zoo Station" and "The Fly." The drums are much more full and up-front, as you can feel the rhythm of "Even Better Than The Real Thing" and "Until The End Of The World." You will even notice a difference in their ballad "One" as you may discover the strumming of acoustic guitars. This version is now the premier way to hear the "Achtung Baby" album. 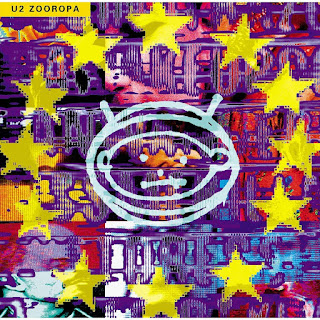 U2's follow-up to that album was "Zooropa," which was actually made up of songs that were left off the "Achtung Baby" album, but is just as instrumental an album in the make-up of the entire U2 catalog. The "Zooropa" album was a clash of styles as it featured the club beats of "Numb" placed alongside the country/pop of "The Wanderer," which also sparked the comeback of Johnny Cash. This new 2LP allows you to dig in deeper into the songs and really hear each layer of sound effects and instrumentation used on the complex songs of "Lemon" and "Daddy's Gonna Pay For Your Crashed Car." U2 still knew how to draw you in with the pop sounds of "Babyface" and "Some Days Are Better Than Others" as you can find the basic rock backdrop of all these songs. This new 2LP set also includes the two 8-plus minute dance remixes of the songs "Lemon" and "Numb." To find out more about these two new exceptional vinyl releases from U2, please visit u2.fanfire.com.
Posted by JP's Music Blog