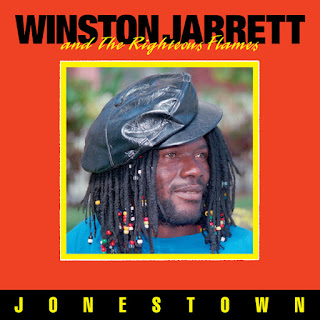 The next wave of Nighthawk Records re-issues arrived on August 3rd, with albums from Winston Jarrett and Ronnie Davis. Winston Jarrett, along with his band The Righteous Flames released their Nighthawk Records debut album, "Jonestown," back in 1984. This 10-song set has been out-of-print for nearly 30 years and Omnivore Recordings is re-issuing a newly remastered version of the album on CD. The album begins with the reggae dance groove of "Bad Boy" as Jarrett's sound became Americanized, adding a pop tone to his music. Their Jamaican vibe is felt in the music of "Unity" and "Knotty Got To Find A Wat," and the addition of horns, gives "Babylon Broke Dun My House" a lively, ska groove. 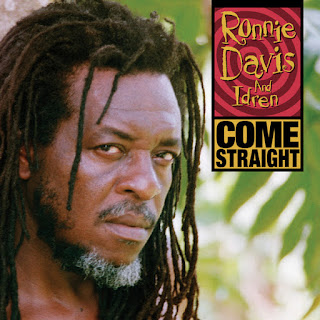 Jamaican singer Ronnie Davis started out his career in the early sixties, before joining many different groups, including The Tennors and The Itals. In between, his work with these groups, Davis recorded and released about a dozen solo albums. In 1996, Ronnie Davis released his Nighthawk Records debut titled "Come Straight," following his departure from The Itals. He found success in the U.S. with this album, receiving rave reviews as he teamed up the vocal group, Idren. As part of Omnivore Recordings reissue of Nighthawk Records, Davis' "Come Straight" album gets remastered with the addition of two bonus tracks. The original 16-track release includes the dub version of songs like "Come Straight" and "If You Conscious." The sound on the album carries that classic vocal-group vibe as in "Won't You Come Home" and "Ease It Up." The two bonus tracks only add more of the wonderful Jamaican sounds to the "Come Straight" album, with the steady, laid-back pace of "Mister C" and the more up-beat reggae vibe of "Welcome You Home." To find out more about these two new releases and other Nighthawk Records releases, please visit omnivorerecordings.com/nighthawk.
Posted by JP's Music Blog