Circles Around The Sun "Let It Wander" On Their Sophomore Release 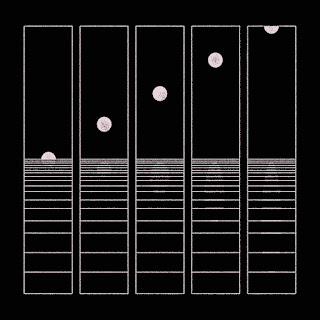 For a band that was brought together to create background music for The Grateful Dead's final shows of their 50th anniversary celebration, Circles Around The Sun have developed quite a following. Their debut album "Interludes For The Dead" was released in 2015 and featured music that was played during intermissions on the Grateful Dead's historical farewell tour. Now, on August 17th, Circles Around The Sun will release their follow-up album "Let It Wander" through Rhino.

The seven-song double album continues the mind-expanding instrumentals that made fans take notice of these outstanding musicians. Their new set begins with the bright, jazzy percussion and bass groove of "On My Mind." The sweeping guitar riffs and slightly funkier "One For Chuck," which seems like the leased spaced out jam on this new set. On these first few songs, every instrumental break-down is concise and to the point. Not to worry, the music will bring you back to that sonic astral plane with the mellow flow of "Immovable Object."

By now, you will follow the music anywhere as Circles Around The Sun get more experimental on the nearly 20-minute jam "Halicarnassus." Guitars sear through the song's steady pace, before the funk-fueled rhythm of "Tacoma Narrows" sets the stage for the 20-minute album closer "Ticket To Helix," which feels like a flashback to the seventies. To find out more about Circles Around The Sun and their latest release "Let It Wander," please visit circlesaroundthesun.com.
Posted by JP's Music Blog