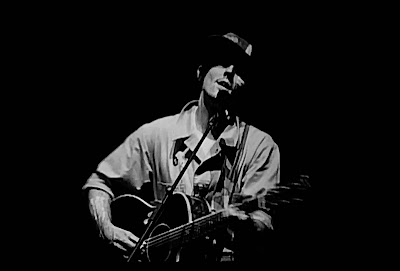 Pop singer/songwriter Jason Mraz brought his "Good Vibes" to Mohegan Sun last Saturday night as part of his currently tour to promote is upcoming new album, "Know." Two words that could easily describe the evening, were "positivity" and "love." Mraz was very talkative with the audience throughout the night, explaining that you can make this show be anything you want. He said "if you want to sing along, then sing along, if you want to take nap, then take a nap, it could be anything you want it to be."

The show began with Jason Mraz walking out on stage, in a lavender jumpsuit (which looked like a faded mechanic's outfit "to fix your broken hearts") and an acoustic guitar to ease the audience into the show with "You And I." His 9-piece  backing band would then join him on stage for "Living In The Moment" and "Curbside Prophet" as Mraz rolled through the lyrics like a hip-hop artist. The audience quickly got involved, sway their hands back and forth in the air and even performing "the wave" around the entire arena. Mraz showed off his dance moves on one of his new tracks "Unlonely," before getting almost everyone to stand up for his hit single "I'm Yours."

Jason Mraz would find himself solo onstage once again, talking about how the word "love" has so many different meanings and how the world would be a better place, if everyone substituted the word "love" in place of the "f-word." Then he paid tribute to one of his earliest influences by performing an acoustic version of Fred Rodgers' "Won't You Be My Neighbor." This began the, quieter, folksy portion of the evening as Mraz and part of his backing band, Raining Jane performed "Long Drive" and "Quiet" to perfection with exceptional harmonies.

The full band would rejoin Jason Mraz for another new song "Might As Well Dance," which feels like he has already been performing this song live for years. The band would jam on the heartfelt ballad "93 Million Miles," as Mraz even added some lyrics of Monty Python's "Galaxy Song." Everyone found themselves singing along to the uplifting ballad "I Won't Give Up," before closing the show with the lead single off his new album "Have It All." The whole night oozed with positive vibes and well wishes and Jason Mraz fixed everyone's broken heart that evening.

Setlist: You And I, Living In The Moment, Curbside Prophet, The Remedy (I Won't Worry), Unlonely, Makin' It Up, I'm Yours, Won't You Be My Neighbor, Lucky, Long Drive, Quiet, Make It Mine, No Plans, Sleeping To Dream, Might As Well Dance, Love Someone, Browntown, Shine, 93 Million Miles/Galaxy Song, I Won't Give Up, Love Is The Answer, Have It All
Posted by JP's Music Blog